Just spent an amazing week in the city of Málaga with friends. I had never been before but it is such a beautiful city, I will definitely return. 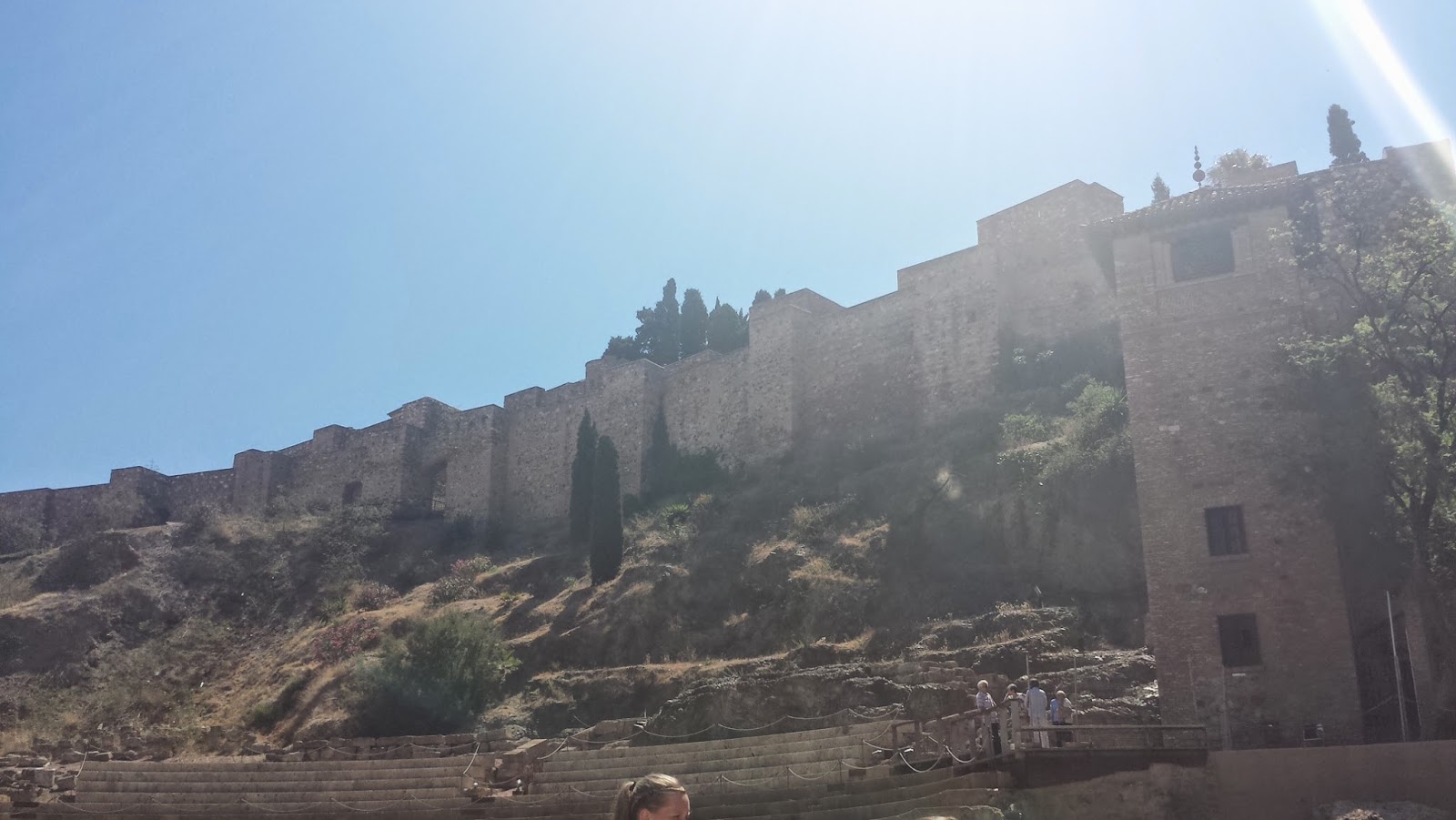 It is one of the oldest cities in the world and therefore rich in history; in over 2,800 years it was founded by the Phoenicians, became a part of the Roman and Byzantine empires, came under Muslim Arabic and then Christian rule. 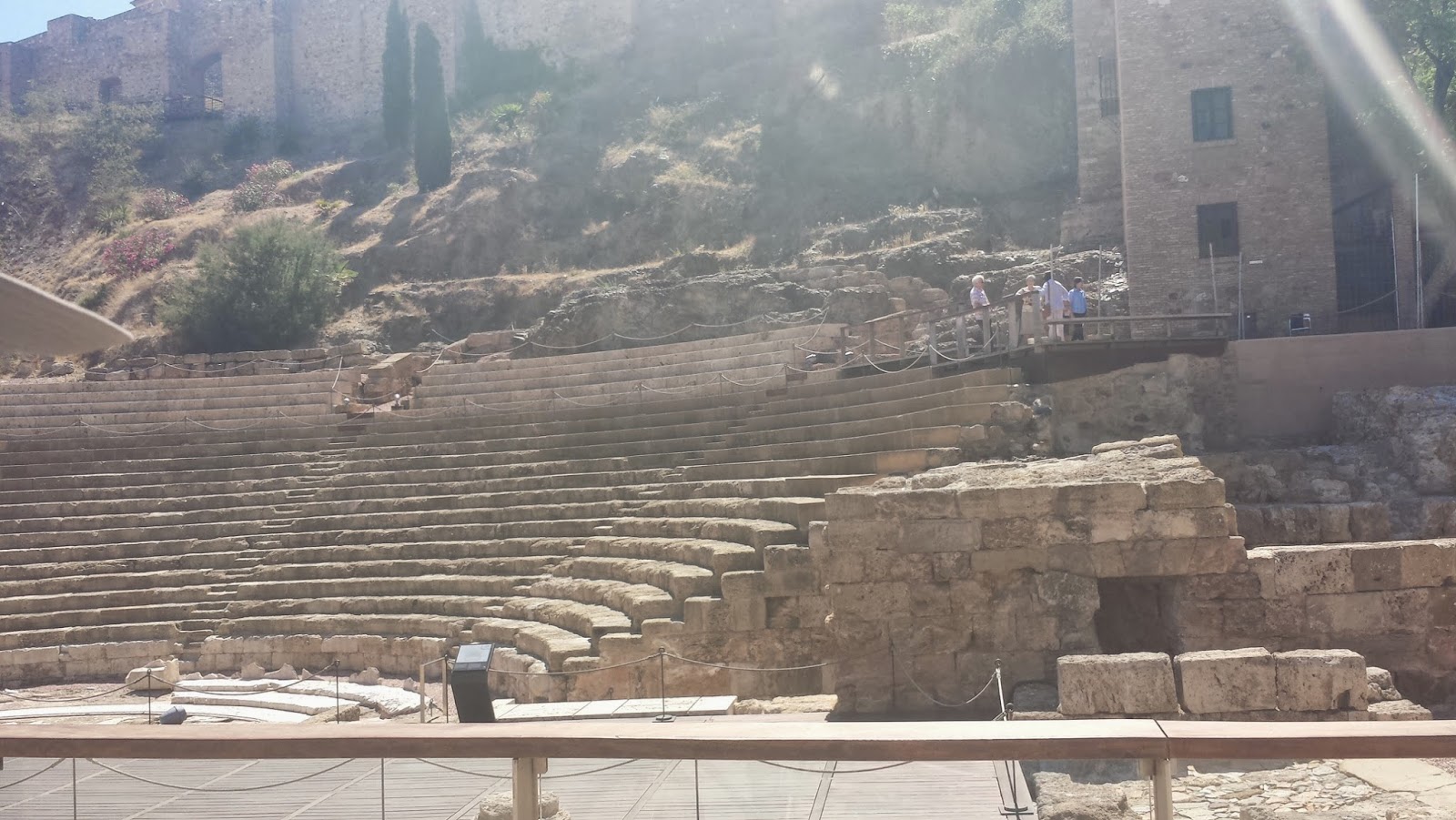 The people of Malaga appear deeply religious, most being Roman Catholic.
The city has a stunning cathedral Basílica de la Encarnación. 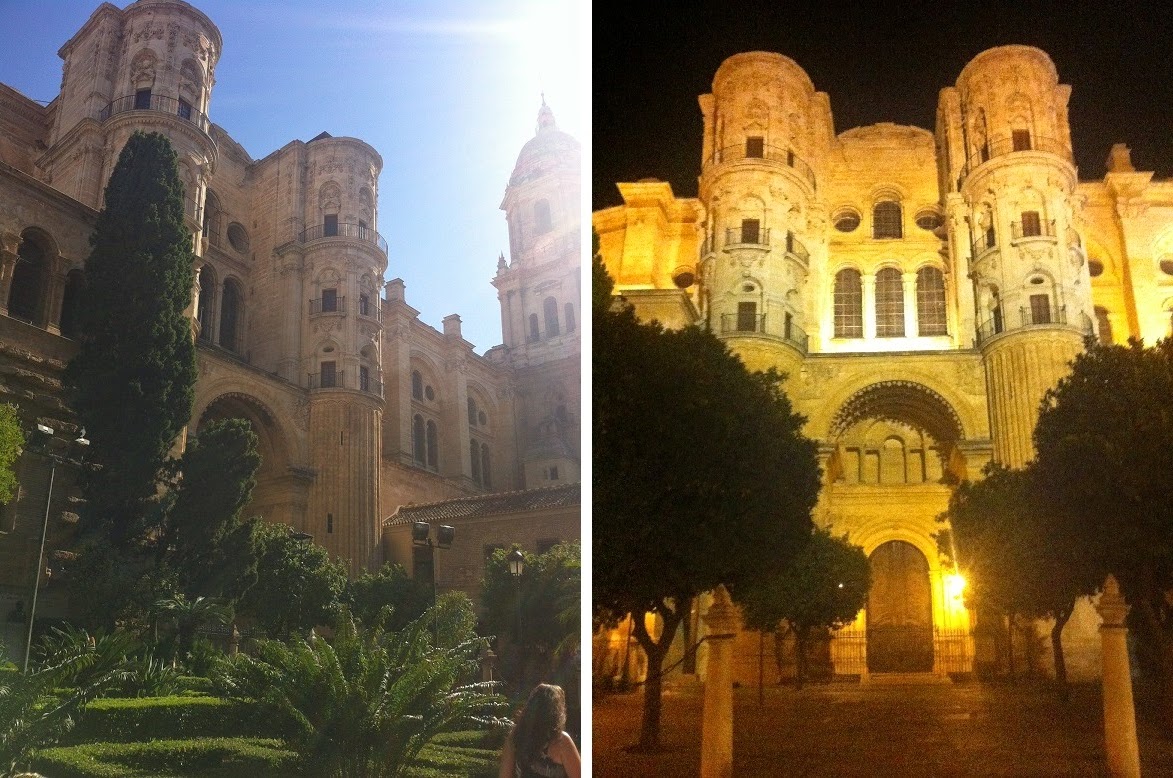 We were lucky enough to be in the city for an amazing procession on the Sunday evening, the streets were lined with people of all ages, men dressed in traditional robes carrying statues and beautifully decorated floats accompanied by music and song and showered with rose petals from the upper stories of buildings as they passed. 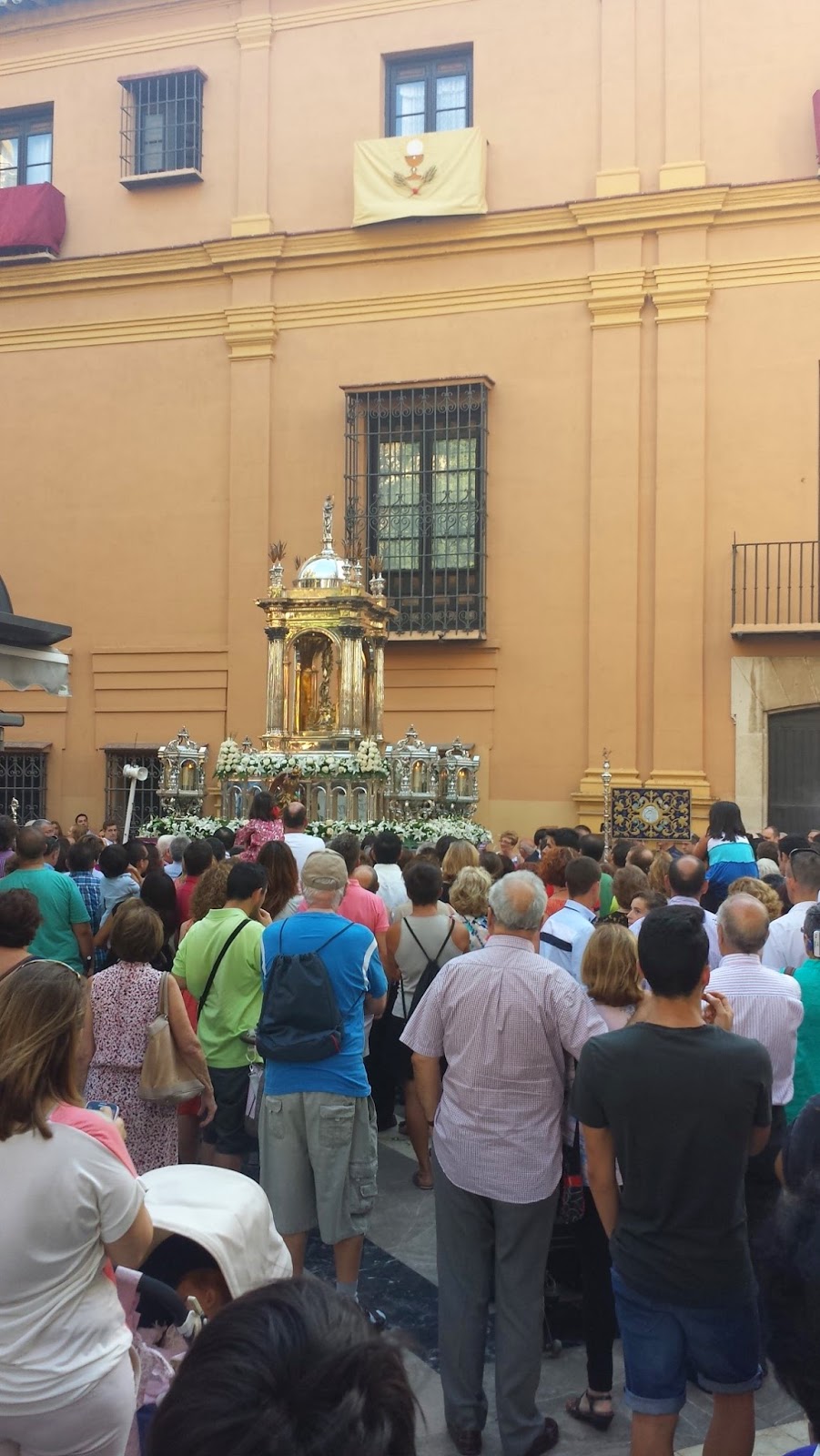 These processions take place throughout the year, those of holy week being particularly special. Indeed one of Malaga's famous sons, Antonio Banderas returns to his brotherhood every Easter.
It is of course birthplace to world renown artist Pablo Picasso. 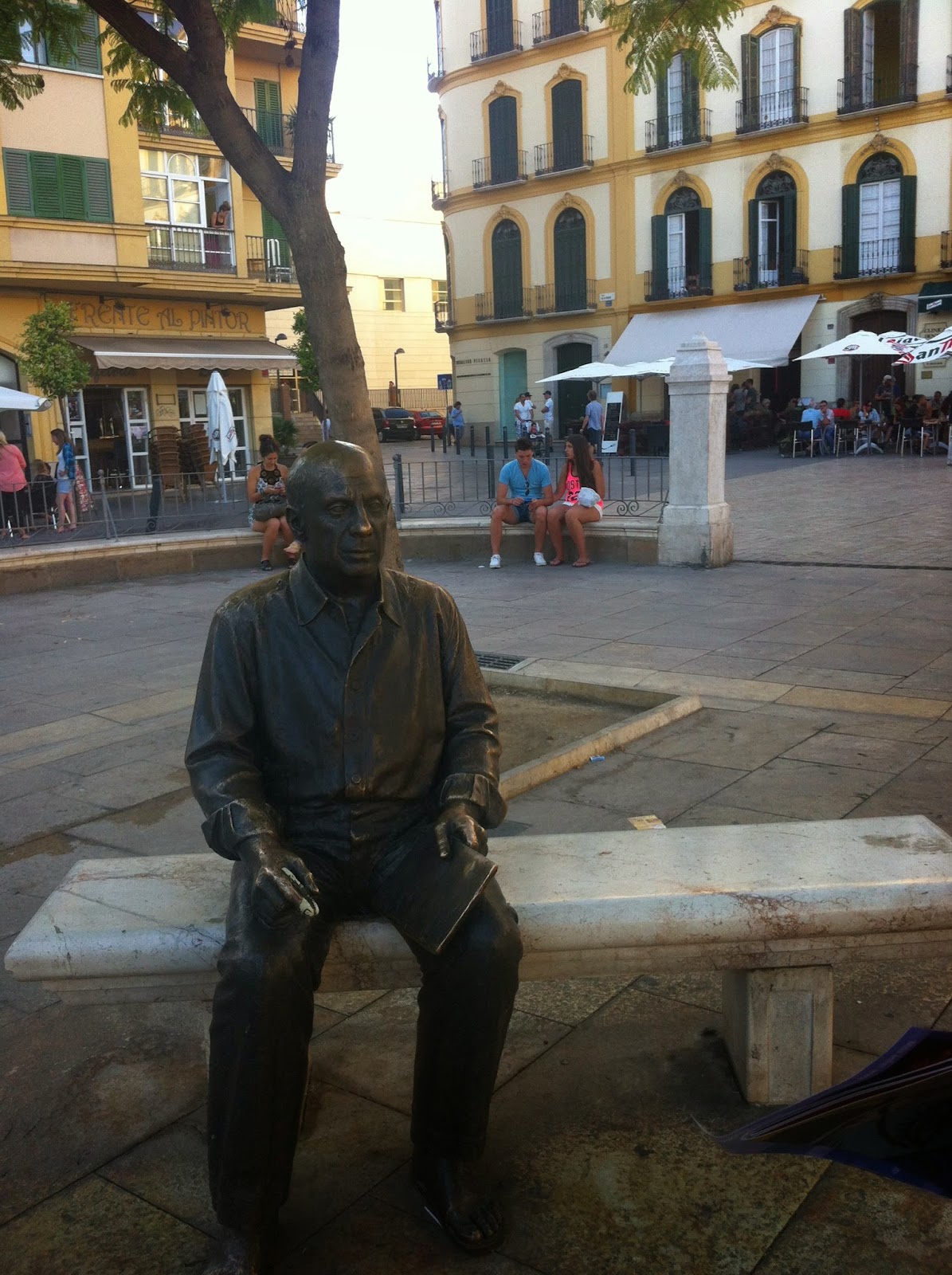 Picasso's childhood home was on the second floor of the building you see behind his statue in this picture. While Picasso left Malaga as a young boy he had always wanted his work exhibited in the city. His daughter-in-law worked to realise this dream and now it holds 285 works donated by the family in the beautifully converted Buenavista Palace. 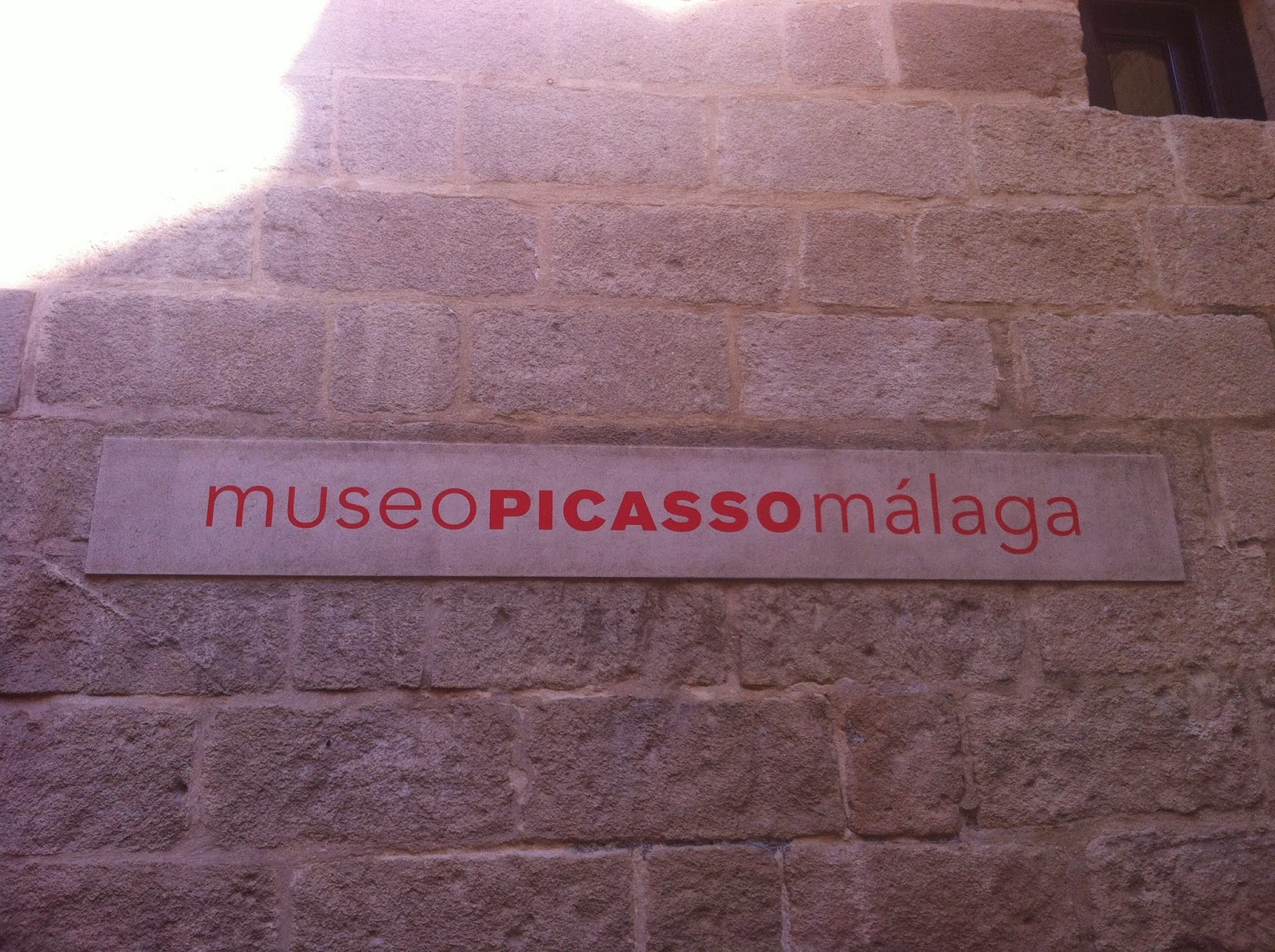 It must be a wonderful place for budding artists; home to Picasso and Revello de Toro, so many art galleries to see, lectures and workshops to attend and inspiring views all around. Indeed they can been seen on every street creating their own impressions of the city. 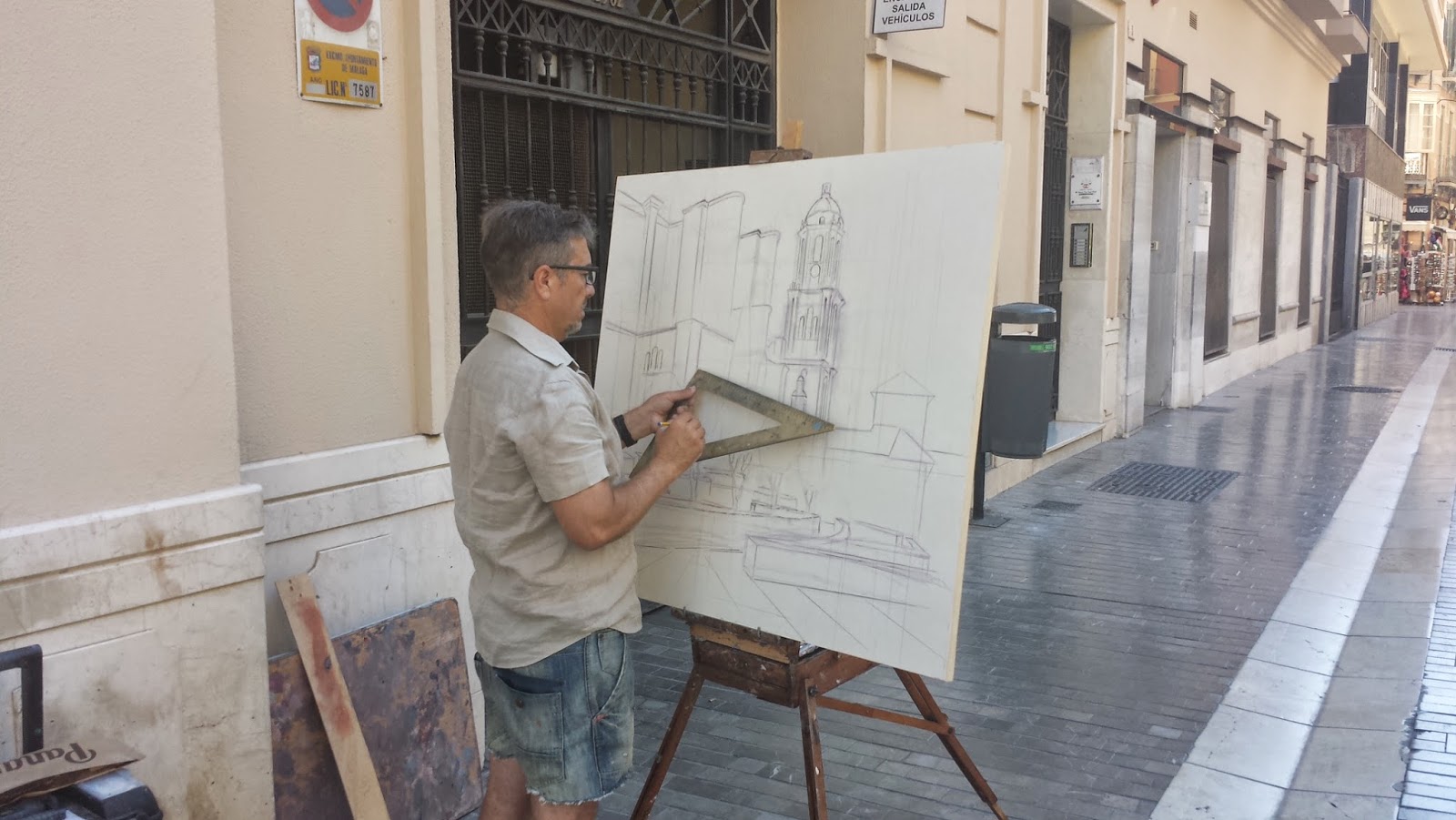 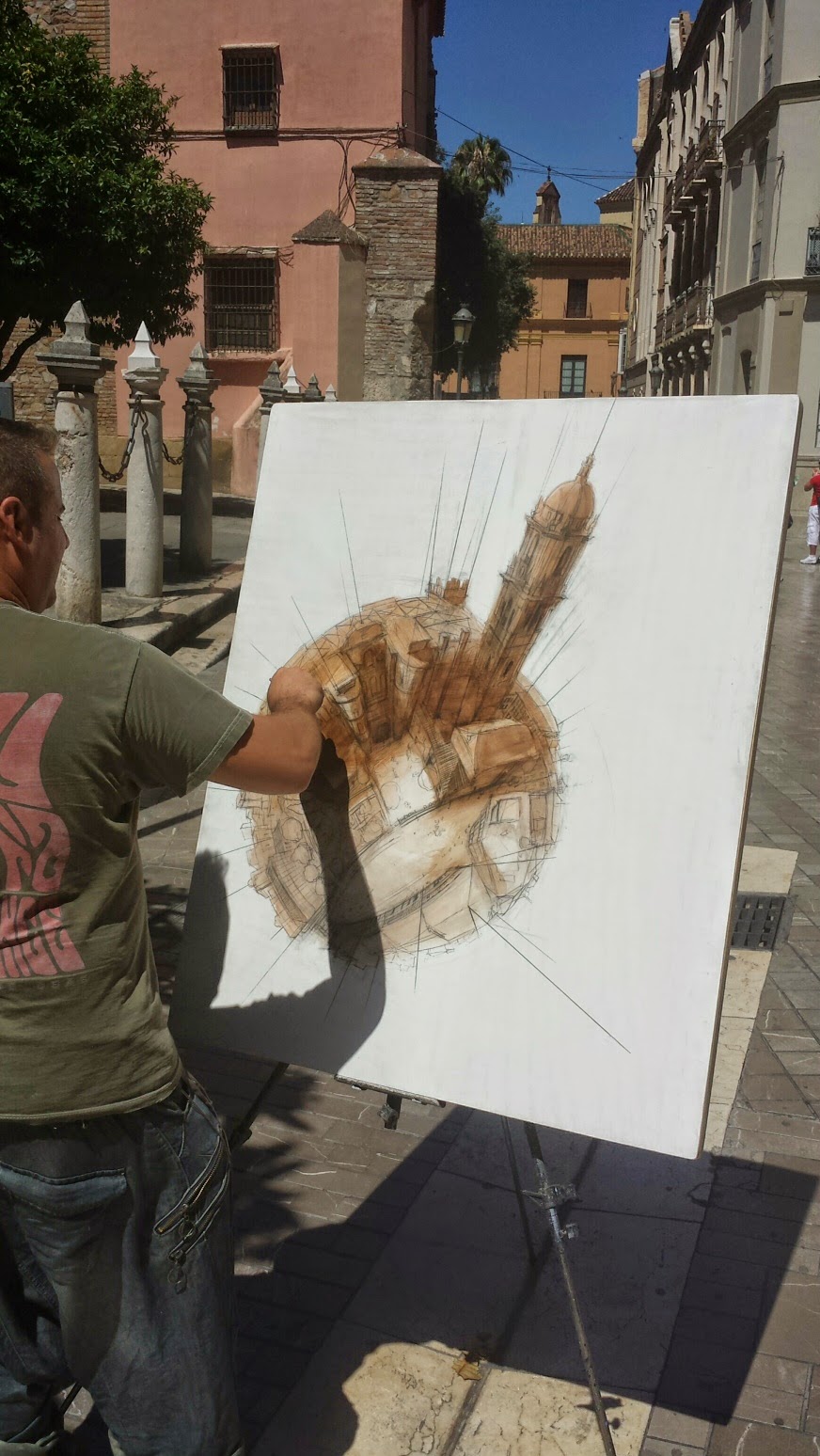 Malaga is rich in culture. On the eve of San Juan (St. John) we were party to a spectacular festival on Malagueta beach. A massive concert stage was erected and various acts performed. Huge bonfires were alight on the beach which was thronged with people young and old; eating, drinking and dancing into the small hours. At midnight many took a dip in the sea to wash away evil for the year ahead. 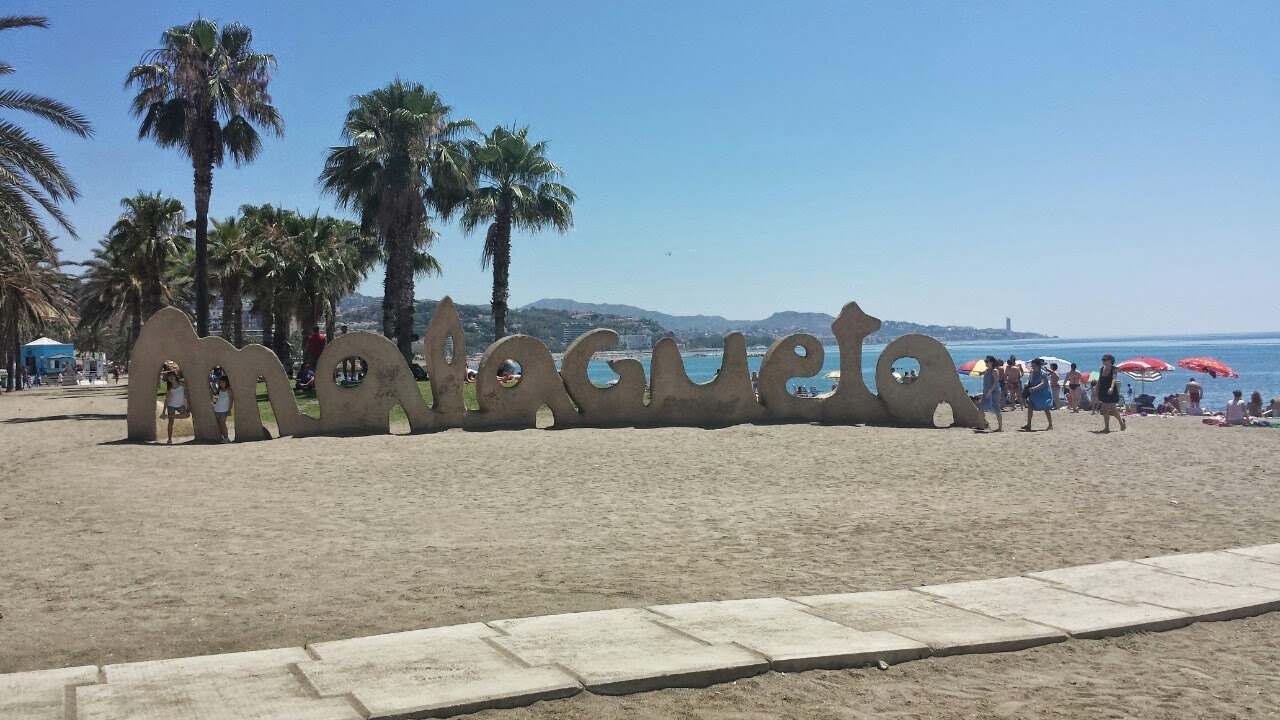 Speaking of eating and drinking, I could not omit Tapas and Sangria, could I? From humble Spanish roots Sangria is now served around the world. Sangria is a sweet punch made with red wine and fruit, is served cold and is typically served to 'visitors'. 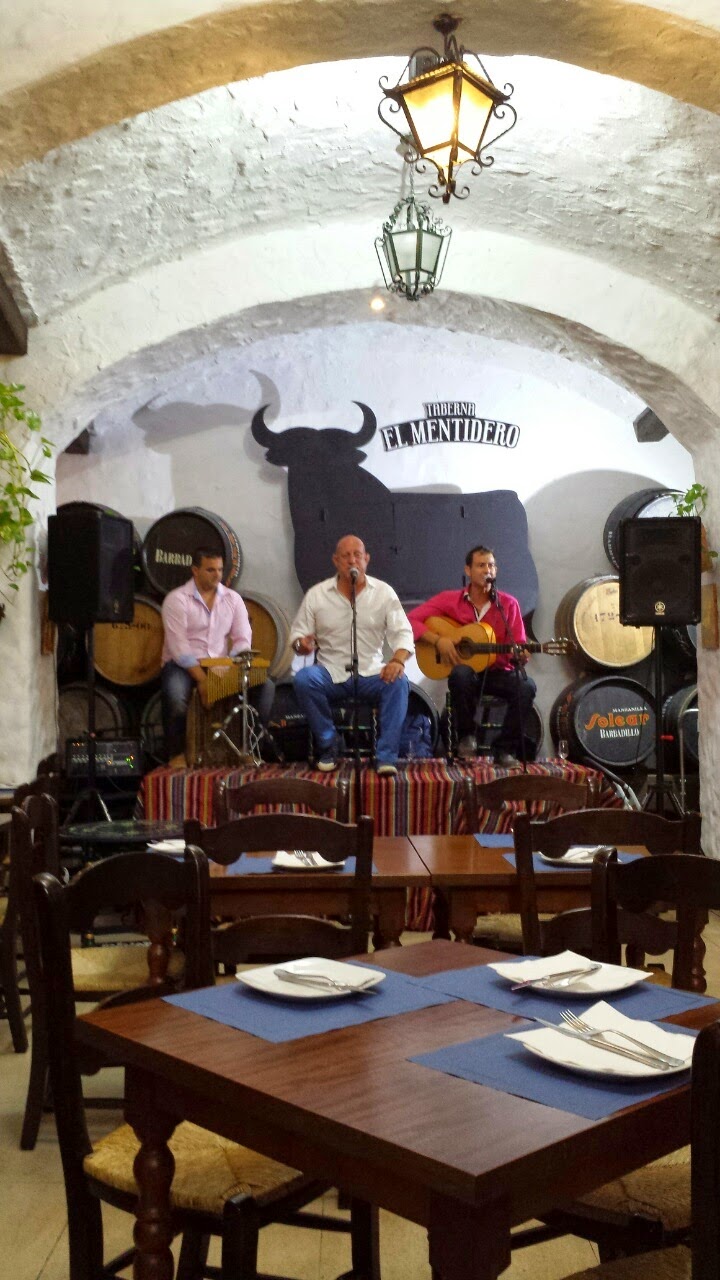 Along with the Sangria, Tapas is served in bars on every corner to the sound of Flamenco.
Huge varieties of small 'snack-size' dishes are served in small earthenware bowls. Some hot like meatballs in tomato sauce, prawns fried in garlic and oil (gambas al pil-pil), potato croquettes flavoured with ham, and some cold like cured meats, olives and cheeses. All equally delicious! 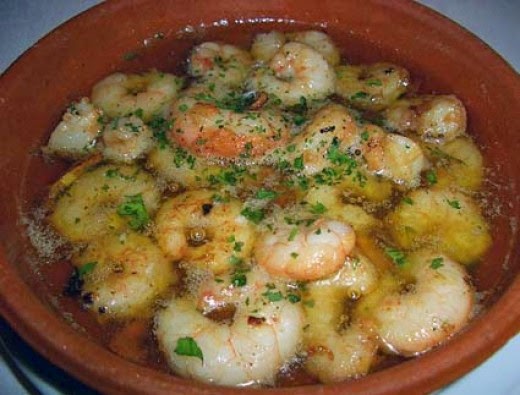 On our last night there we saw a Flamenco show. Flamenco is of course a type of Spanish folk music and dance with guitars and handclaps or palmas. It was absolutely enthralling, see for yourself...