This is the third instalment in the 'things I want but can't get a hold of' series. I'm not saying that I couldn't get these in Ireland but I don't want to spent €150 for a pair of them! 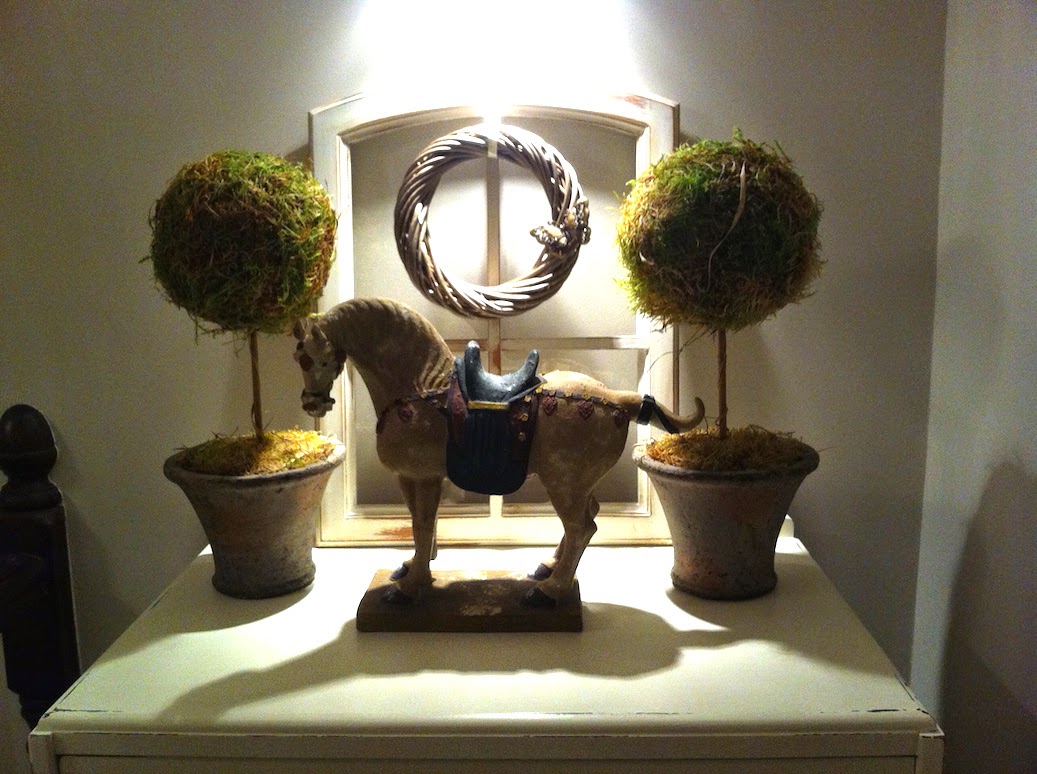 So I decided I was going to have me some made by my own fair hand!
These were all the things I needed.... 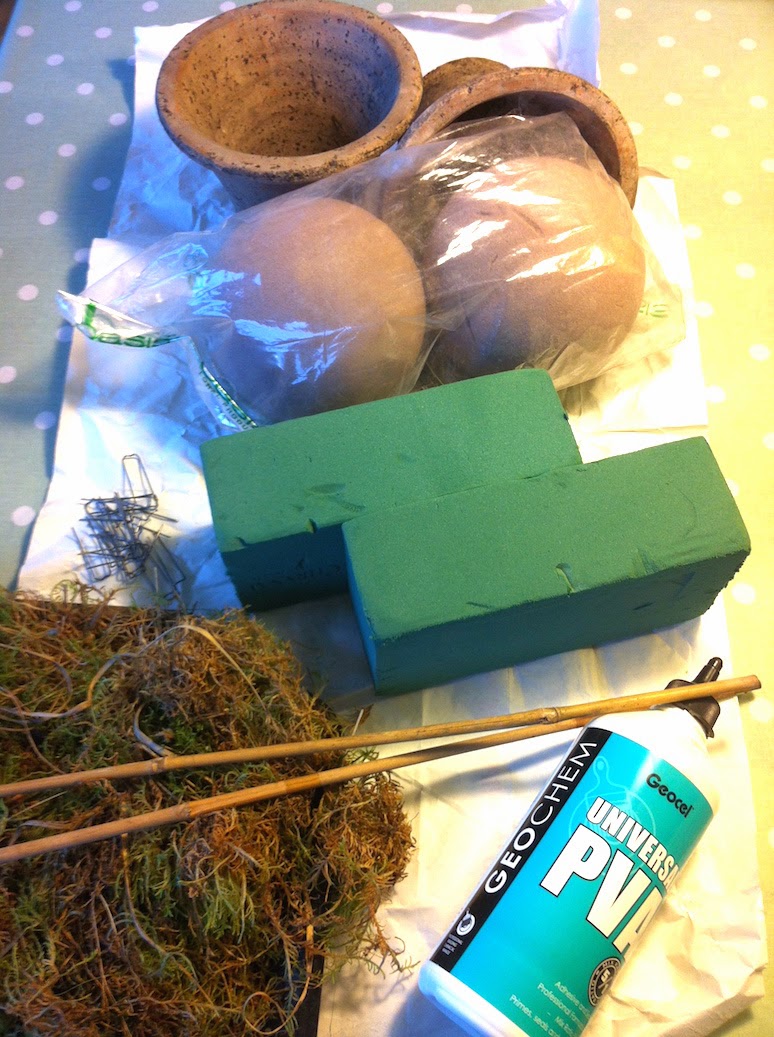 Two rustic looking clay pots from my local garden centre, €12 each.
Foam balls (x2), foam bricks (x2) and some moss pins (free) from the florist, €26 of total extortion.
PVA glue and a couple of bamboo sticks which I already had.
Lots of good old Irish moss from the bog which I dried in my airing cupboard! Totally FOC!! 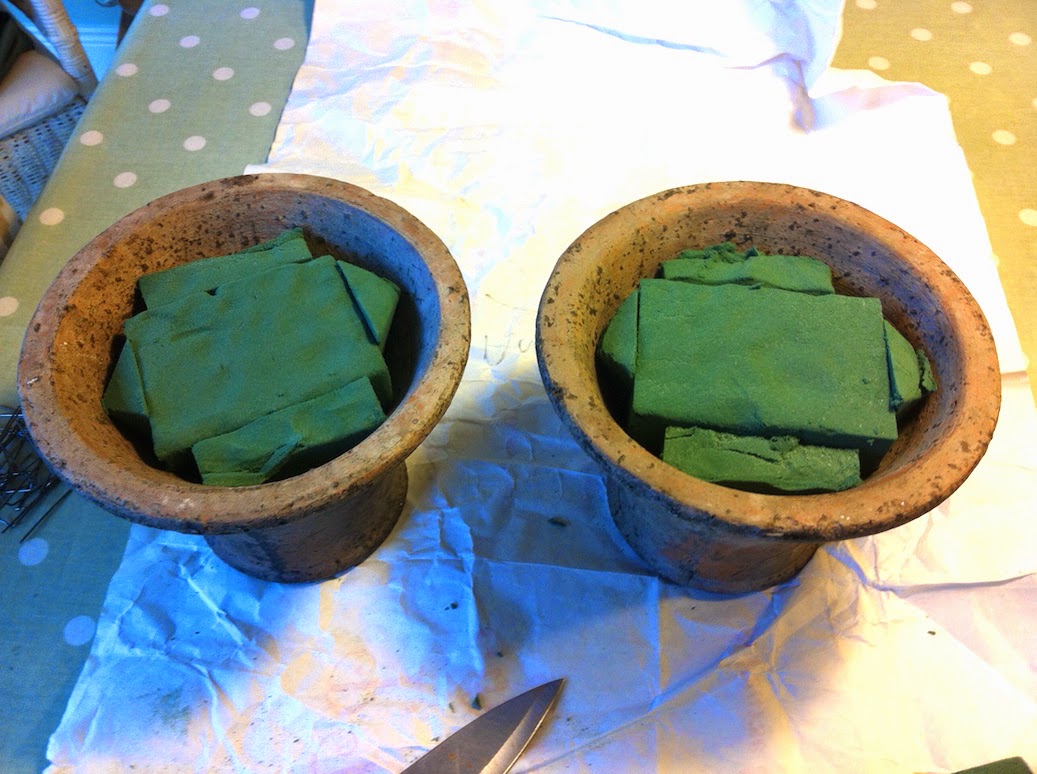 I started by cutting one of the foam blocks in half and carving both halves up a bit so they were a really snug fit in the pots. (I actually only needed one and used half in each pot.) I gave it a smattering of PVA glue and sat a little moss on top. 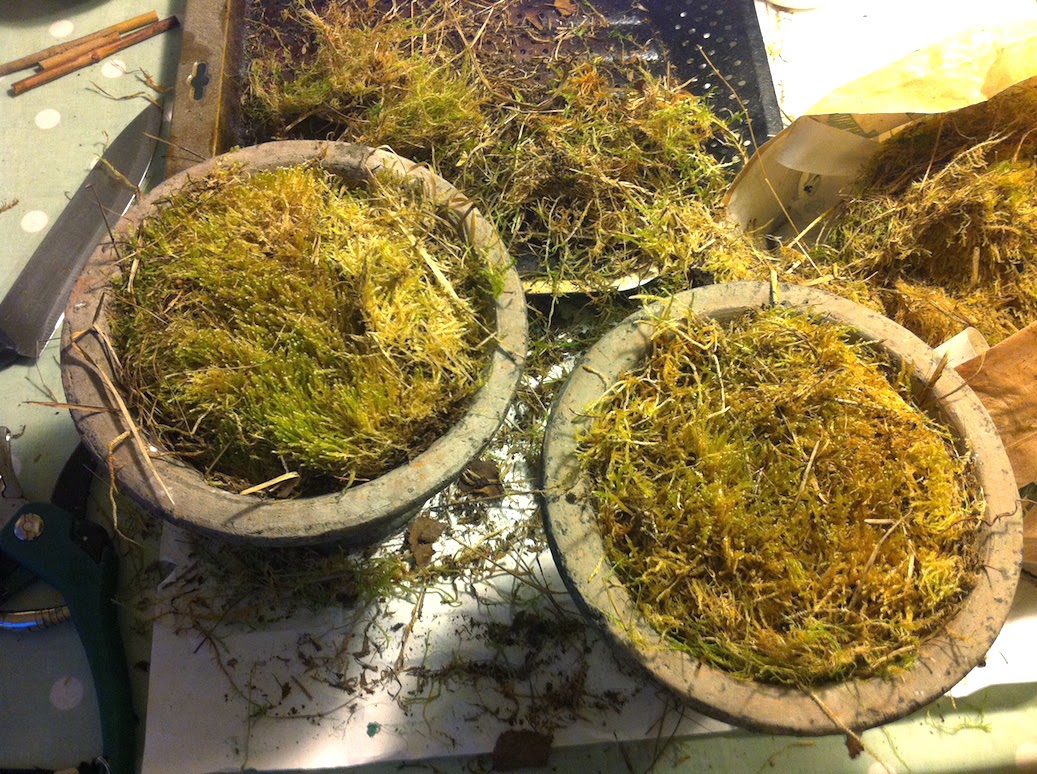 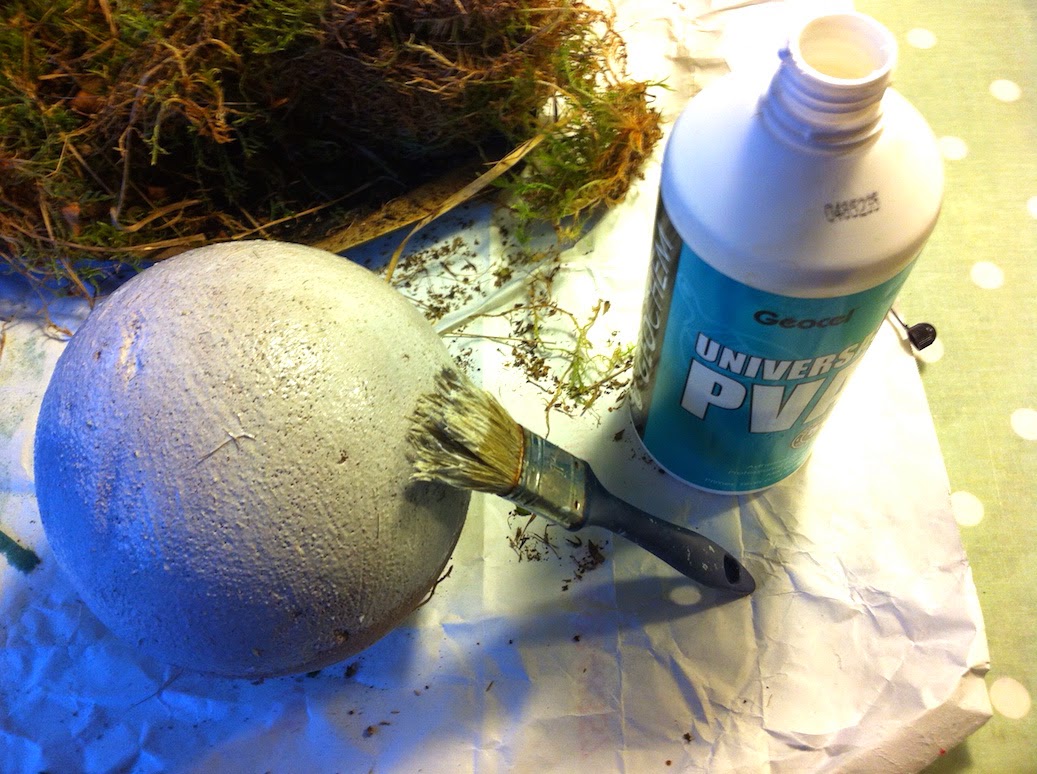 I covered the foam balls in PVA and wrapped the moss around them securing in places with a couple of moss pins. I did this in two stages, sitting them on a bowl to dry before turning over and doing the second half. The moss worked really well because it came off the bog like a piece of carpet! 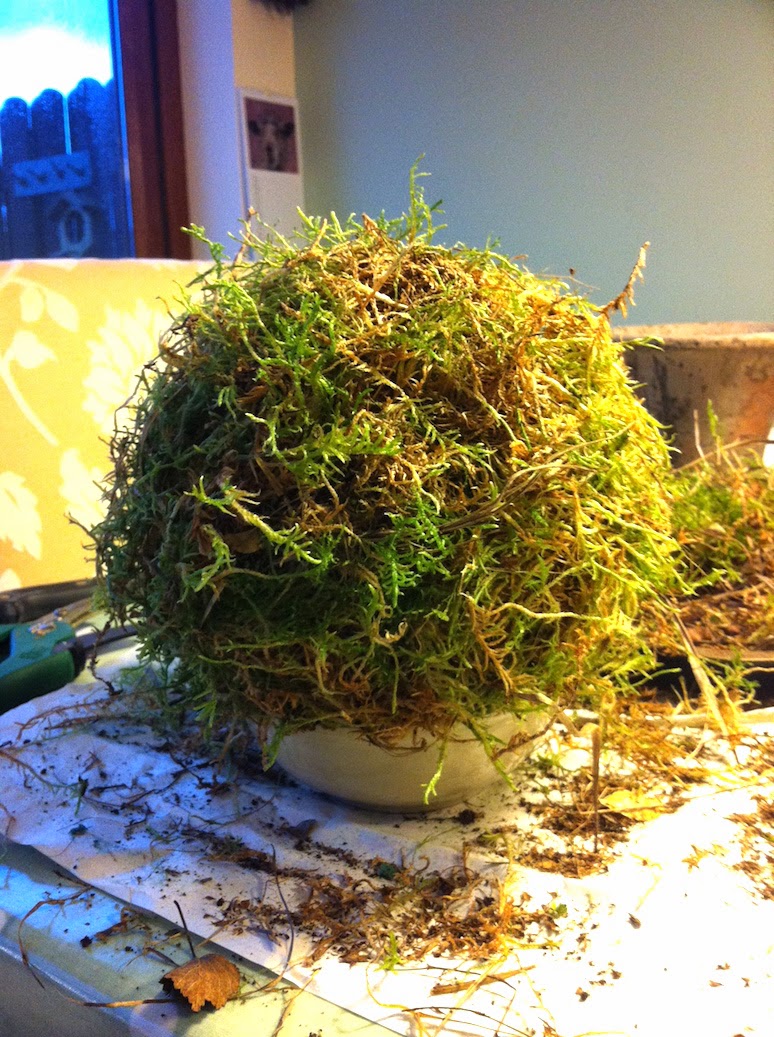 Once dried, I pushed both balls onto the bamboo canes which I trimmed to size and inserted into the pots ensuring both were the same height. 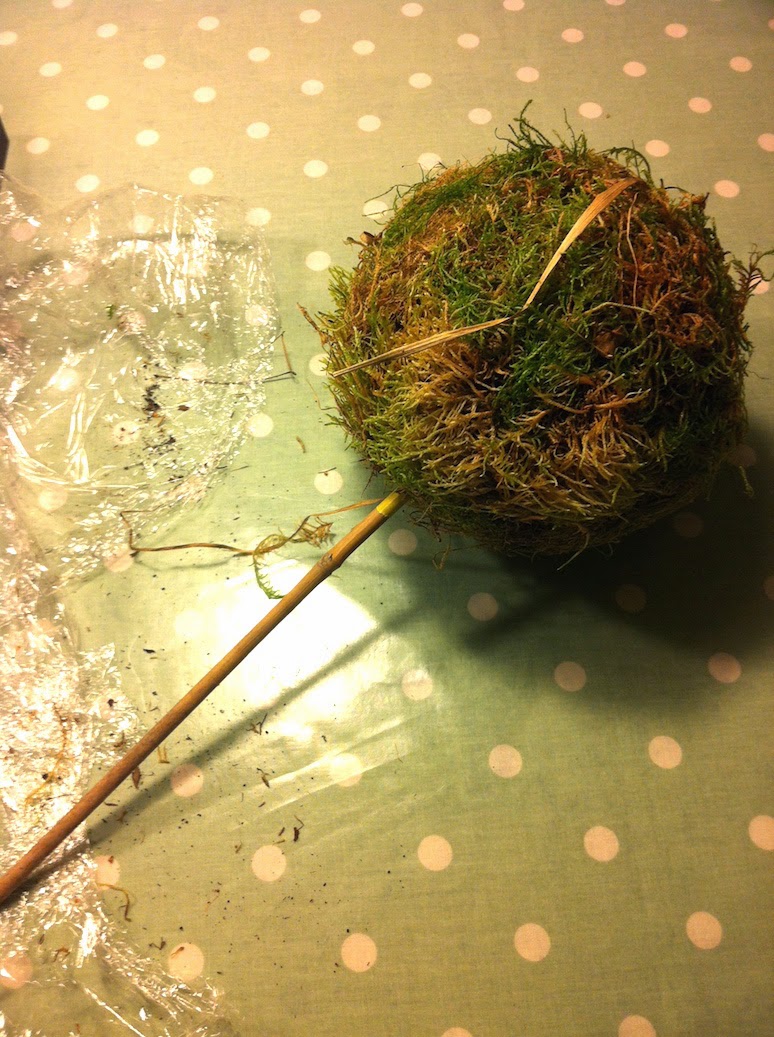 There you have it, homemade Irish moss topiary. 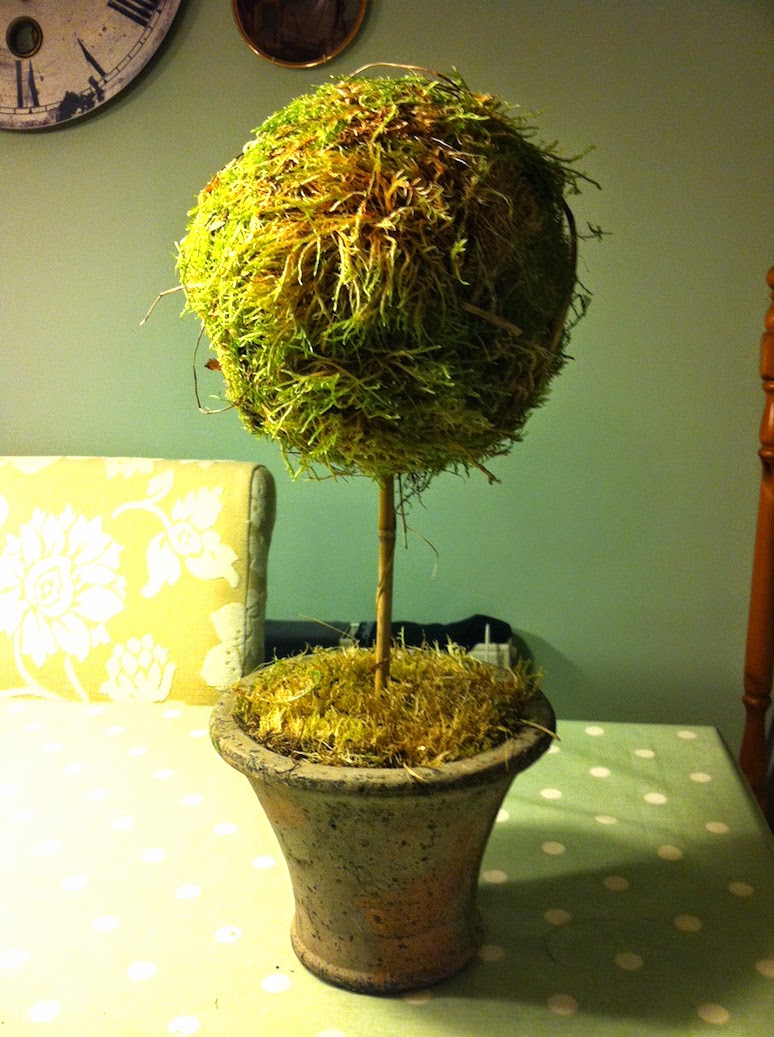 They are rustic looking. The moss is not as perfect looking as the Finland moss you can buy in the florist but I'm not in Finland. And I think it's in keeping with the rustic pots. 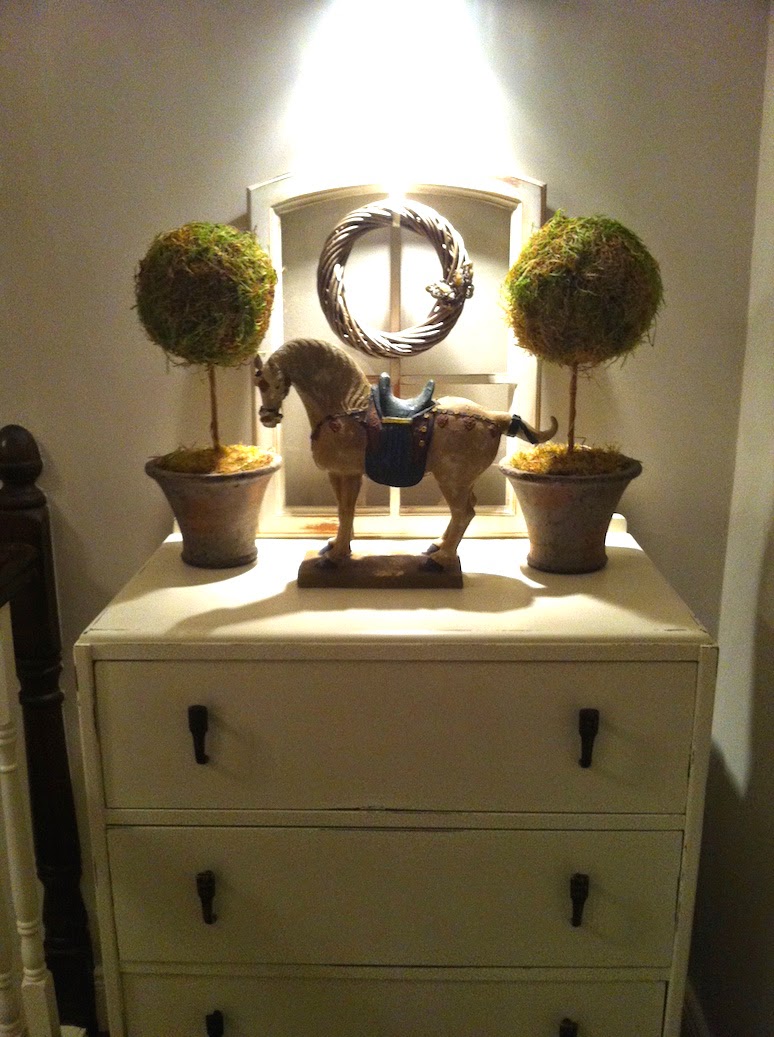 Apologies for the photos, it was dark by the time I had finished. I like how they balance out this little vignette on my landing. I needed something on either side with a little height that wasn't a lamp. I love how they've turned out. They complete this little ensemble which has been in my head for so long. Best of all they cost me less than €50 for both.