I first found her on eBay looking for a good home. The minute I saw her I knew she was going to be mine. The sale was one week away but I was willing to pay for vintage Laura Ashley. Eau de Nil is slowly disappearing from their product range and it features extensively at the Auburns!

Thankfully she was mine for a nice price considering there was a lot of interest. After an arduous trip across the water from England (which almost saw her return as the courier could not find me), she had arrived!!! 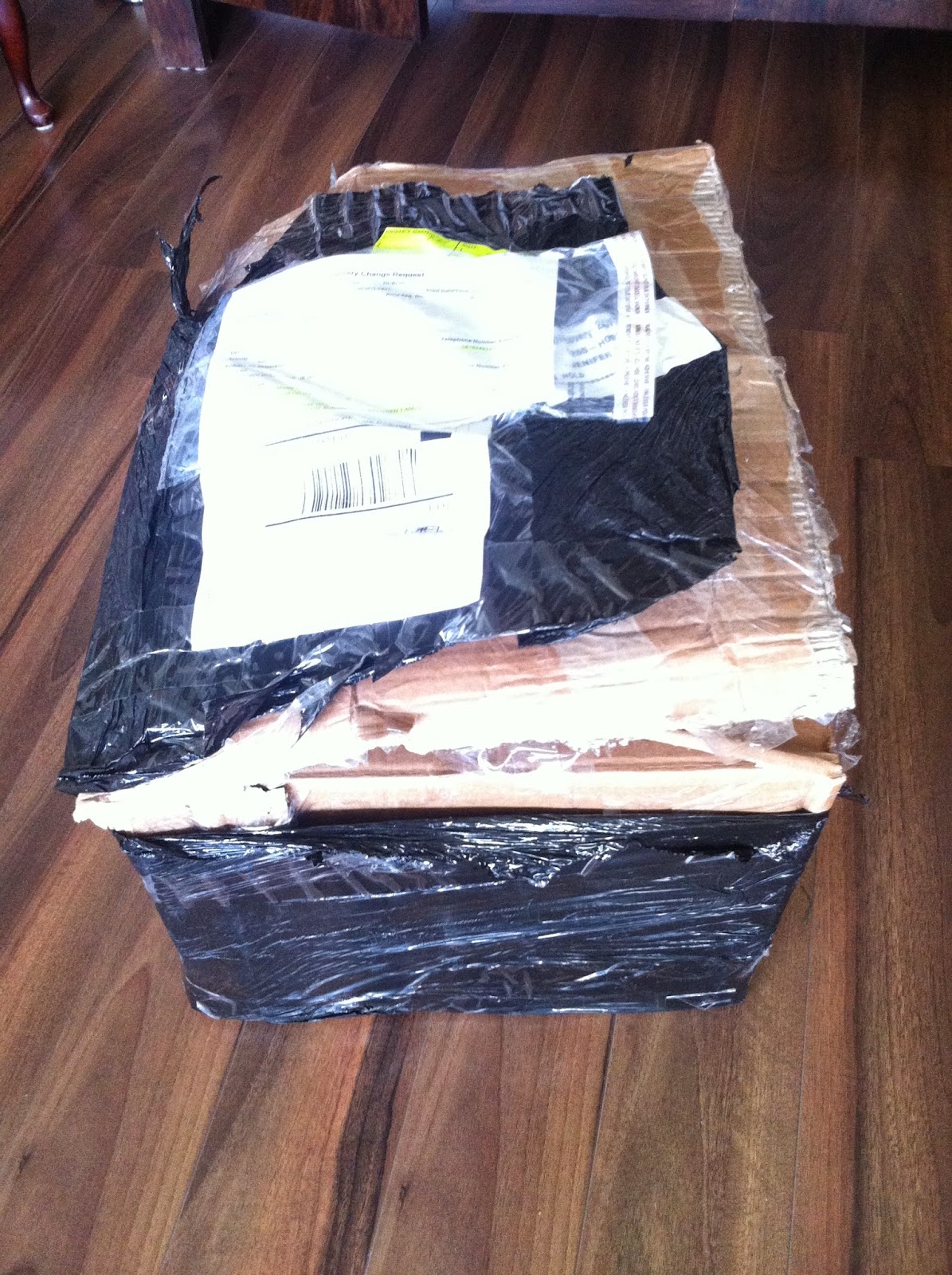 Inside were lots of components all carefully packaged. 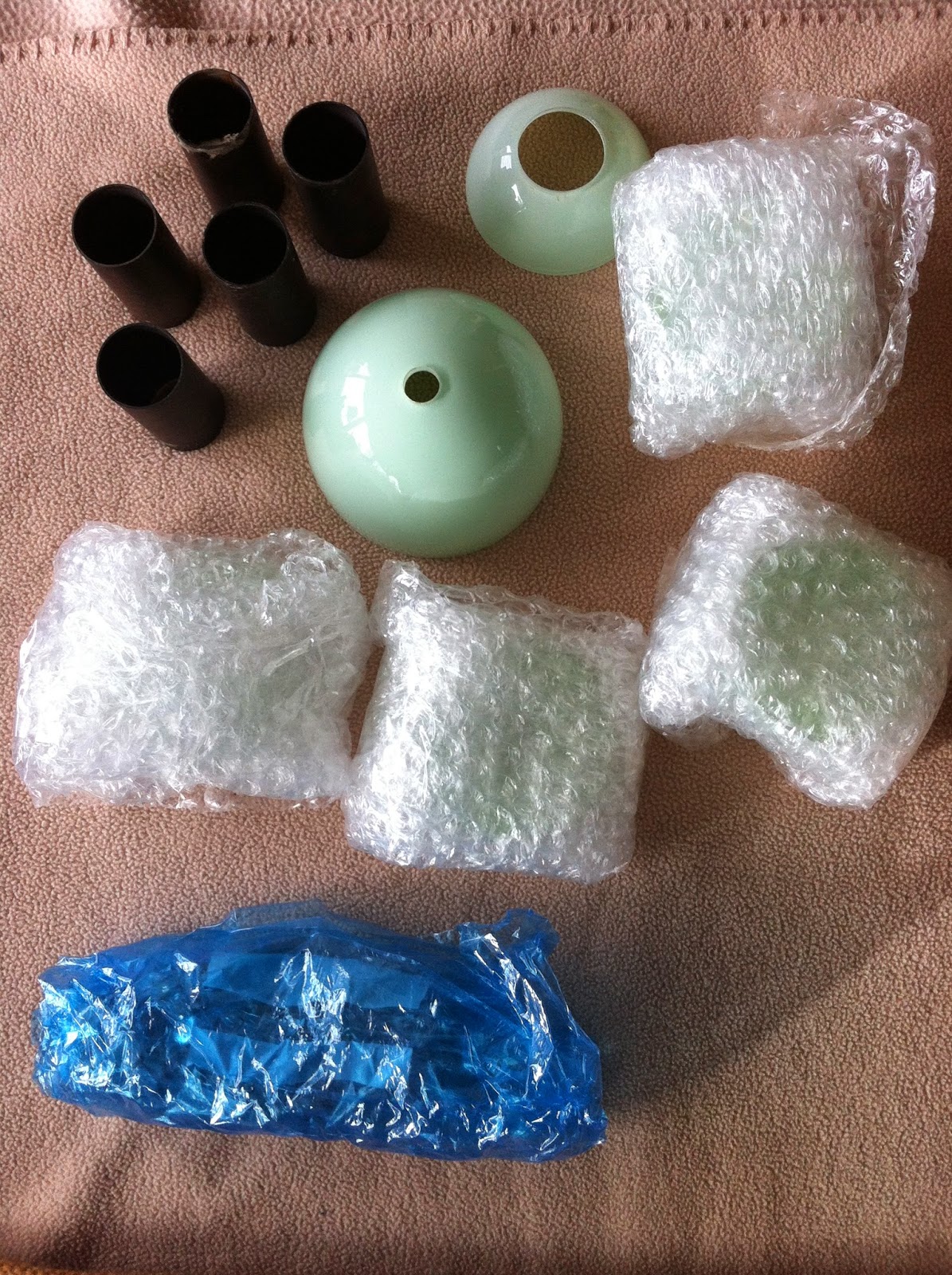 First things first, she needed a bath. Ever tried to bathe a chandelier?? 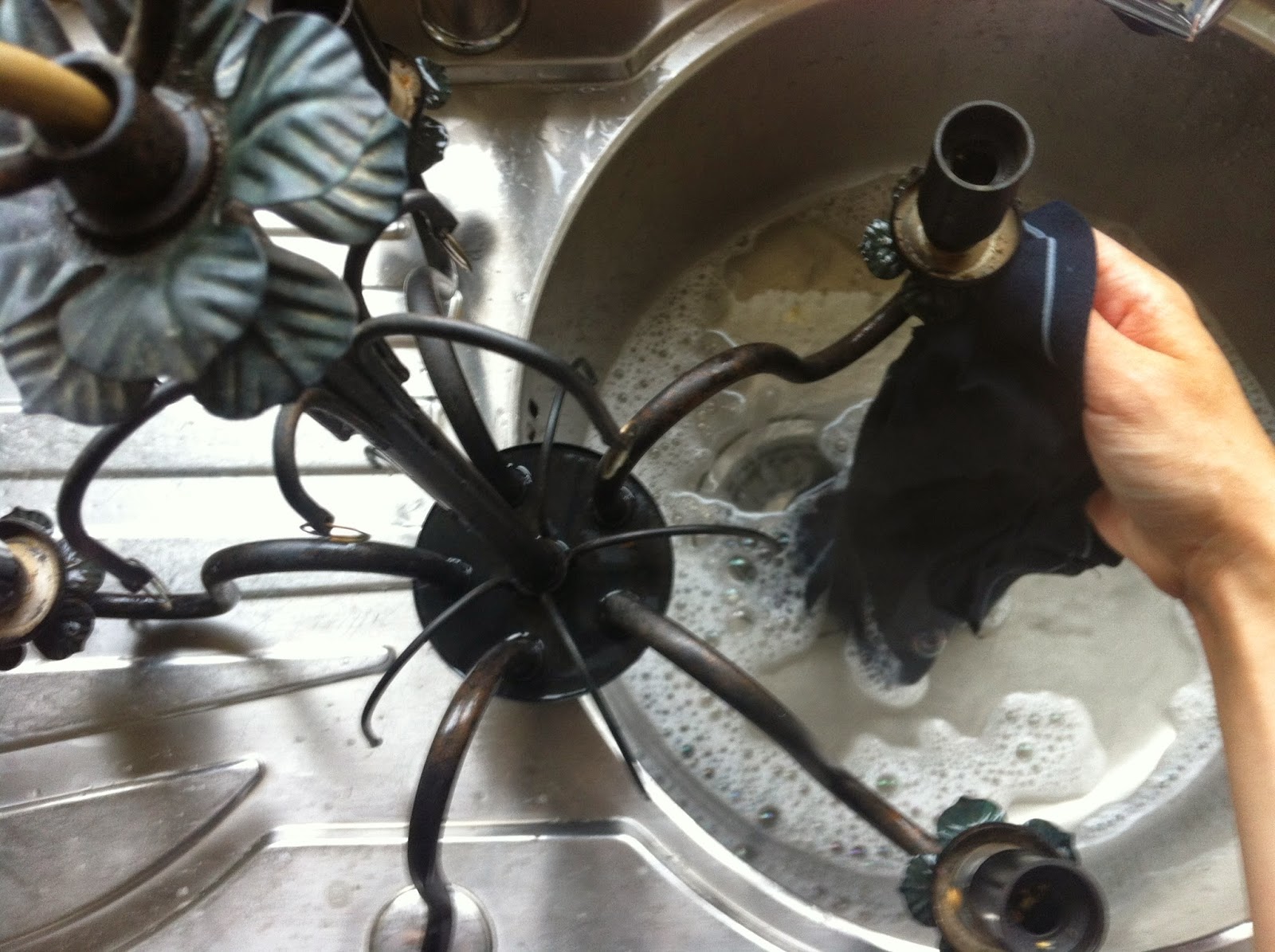 It's not as easy as you might think, with a toothbrush! 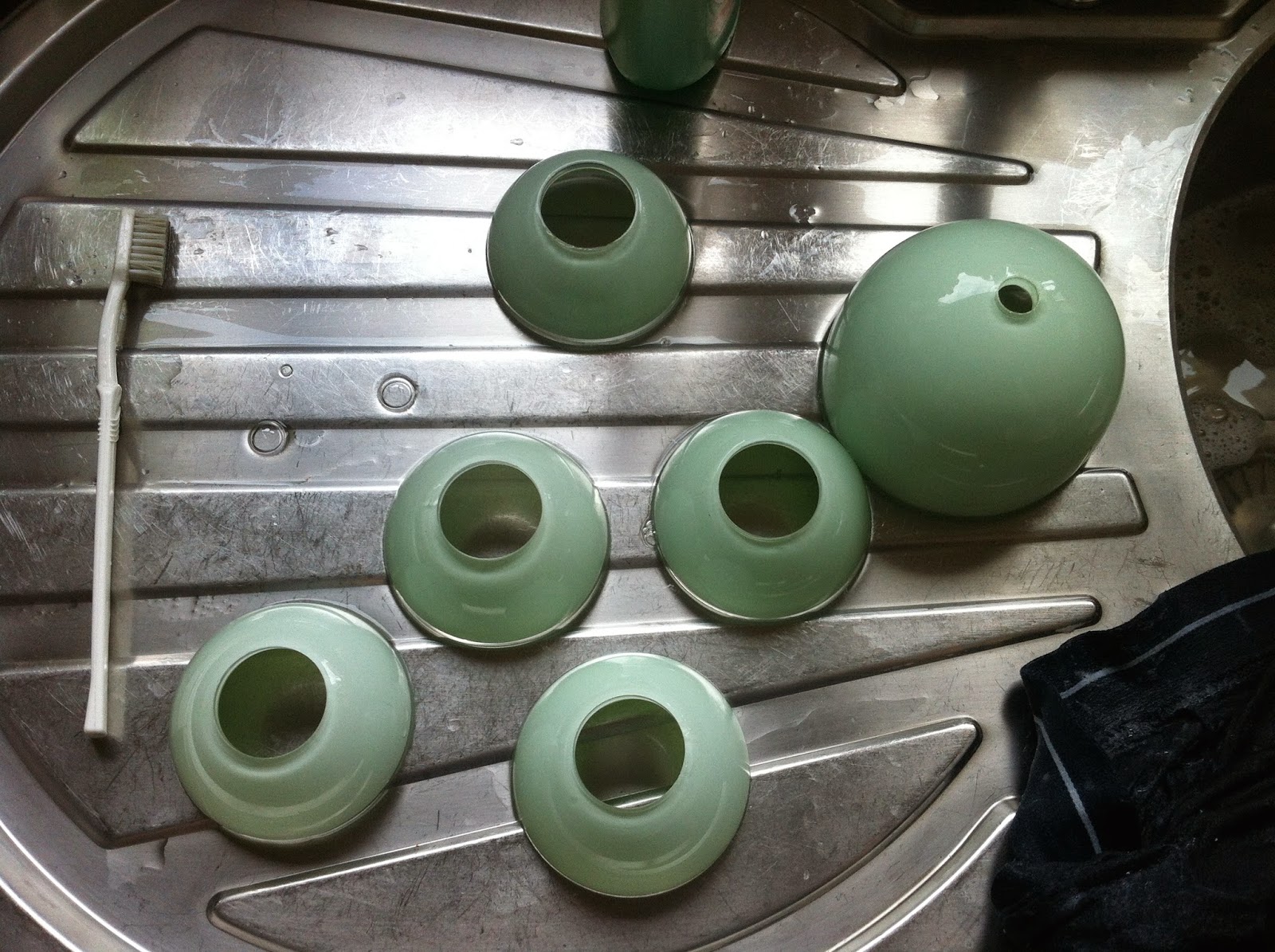 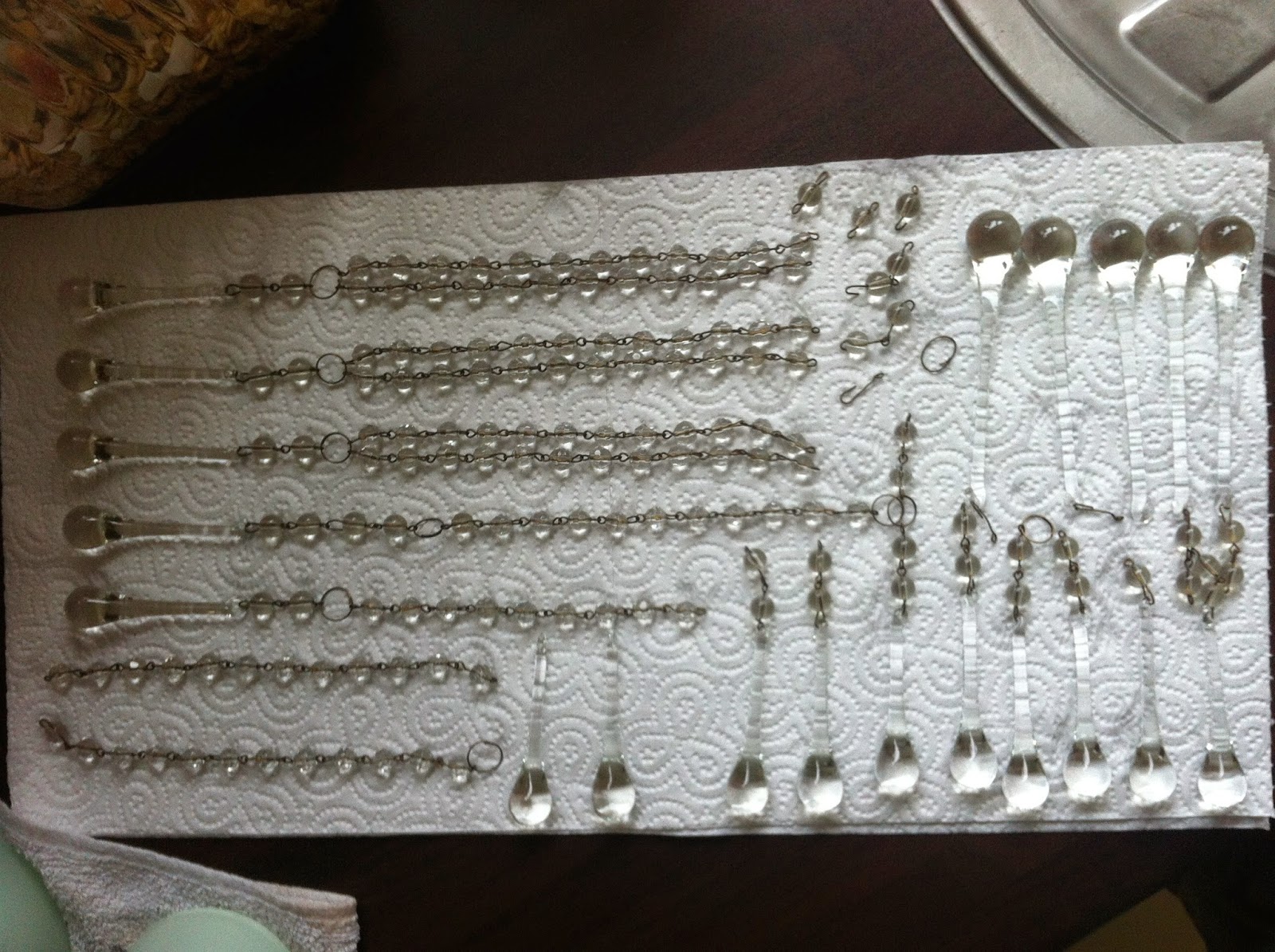 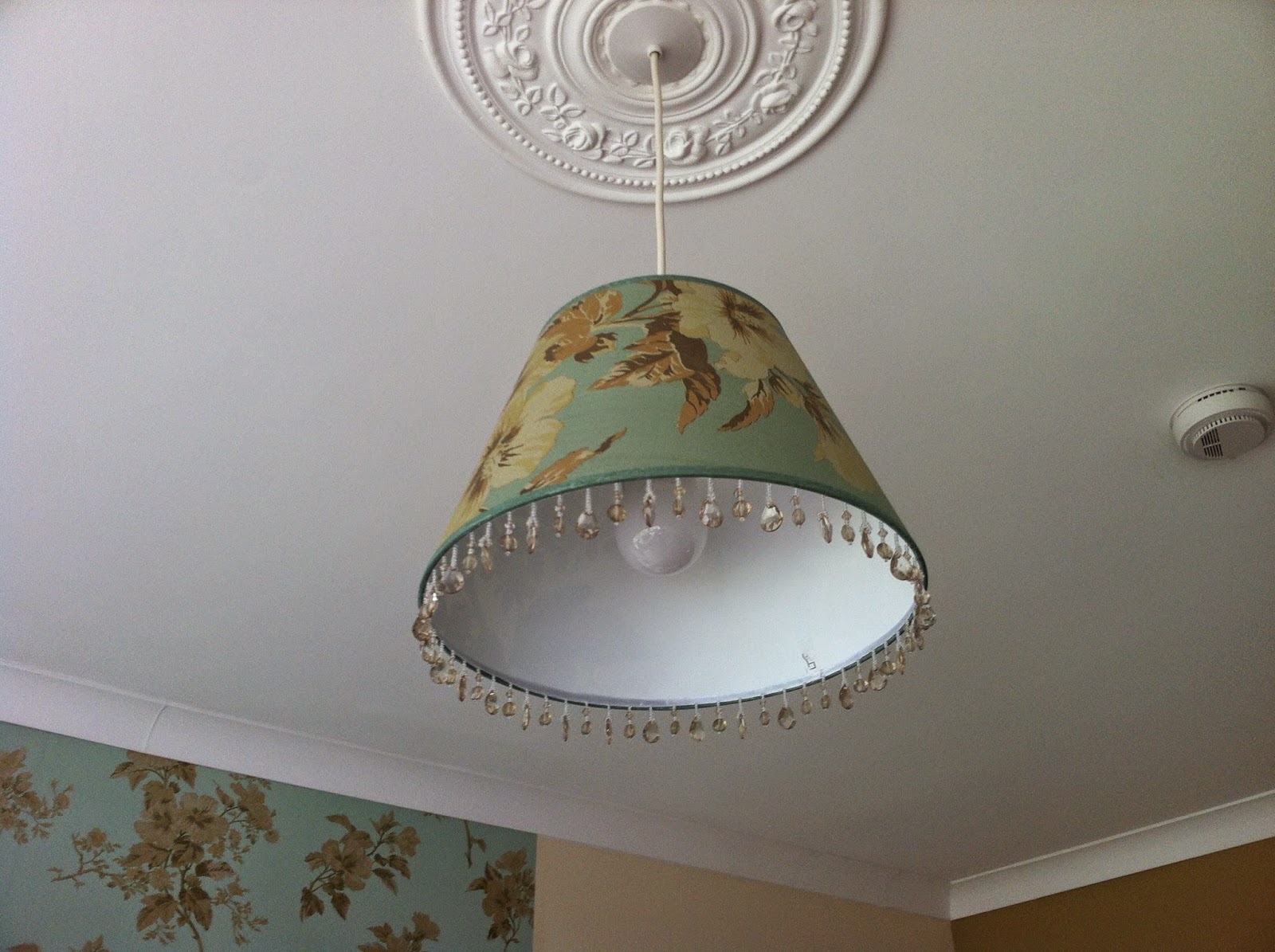 You have served us well and will see out your days atop this lampbase (but perhaps not on this table as it looks a little small for you!). 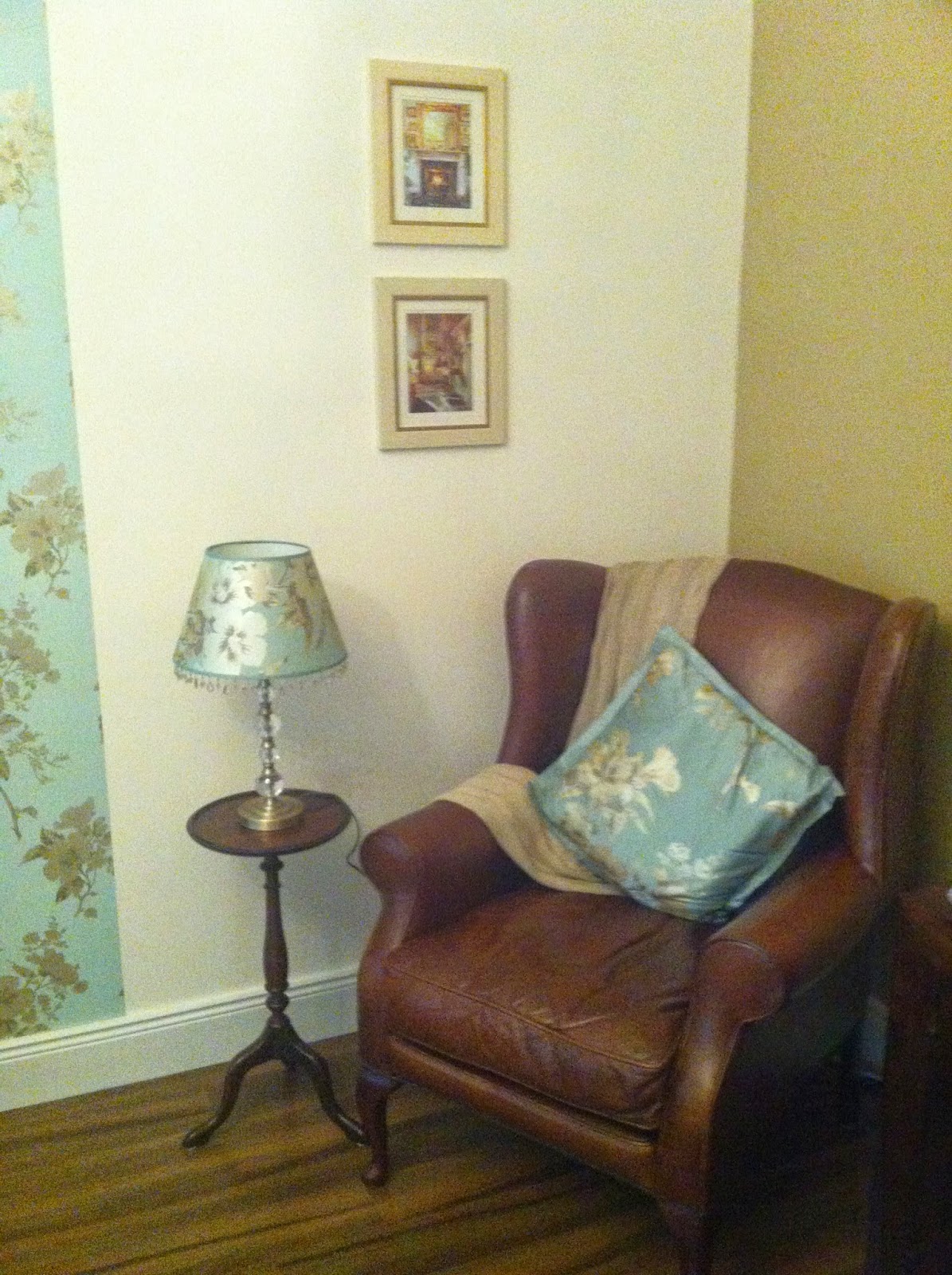 Next Mr. Auburn had to wire her up... 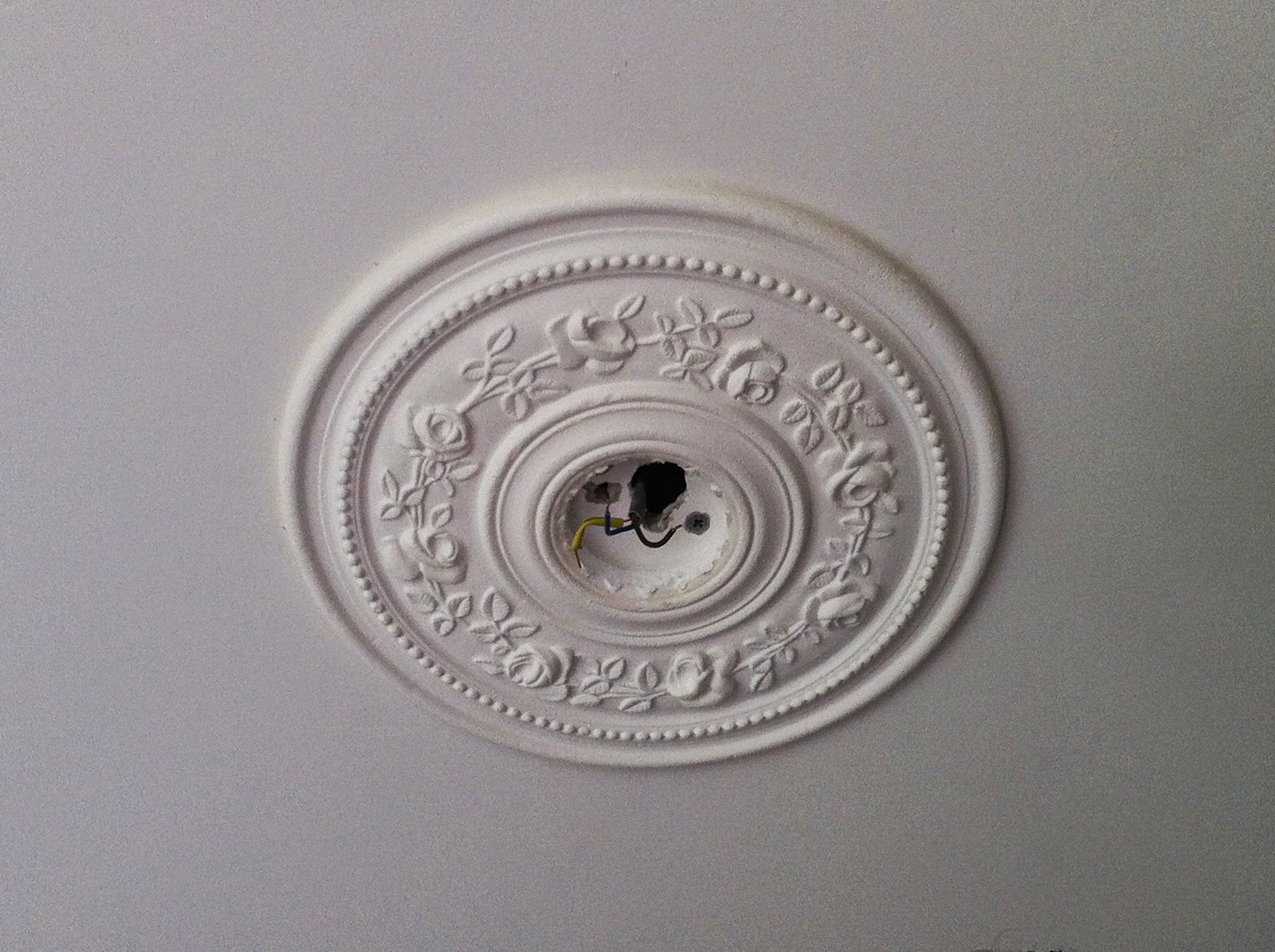 ...which involved everybody being in this position for an arm breaking length of time. 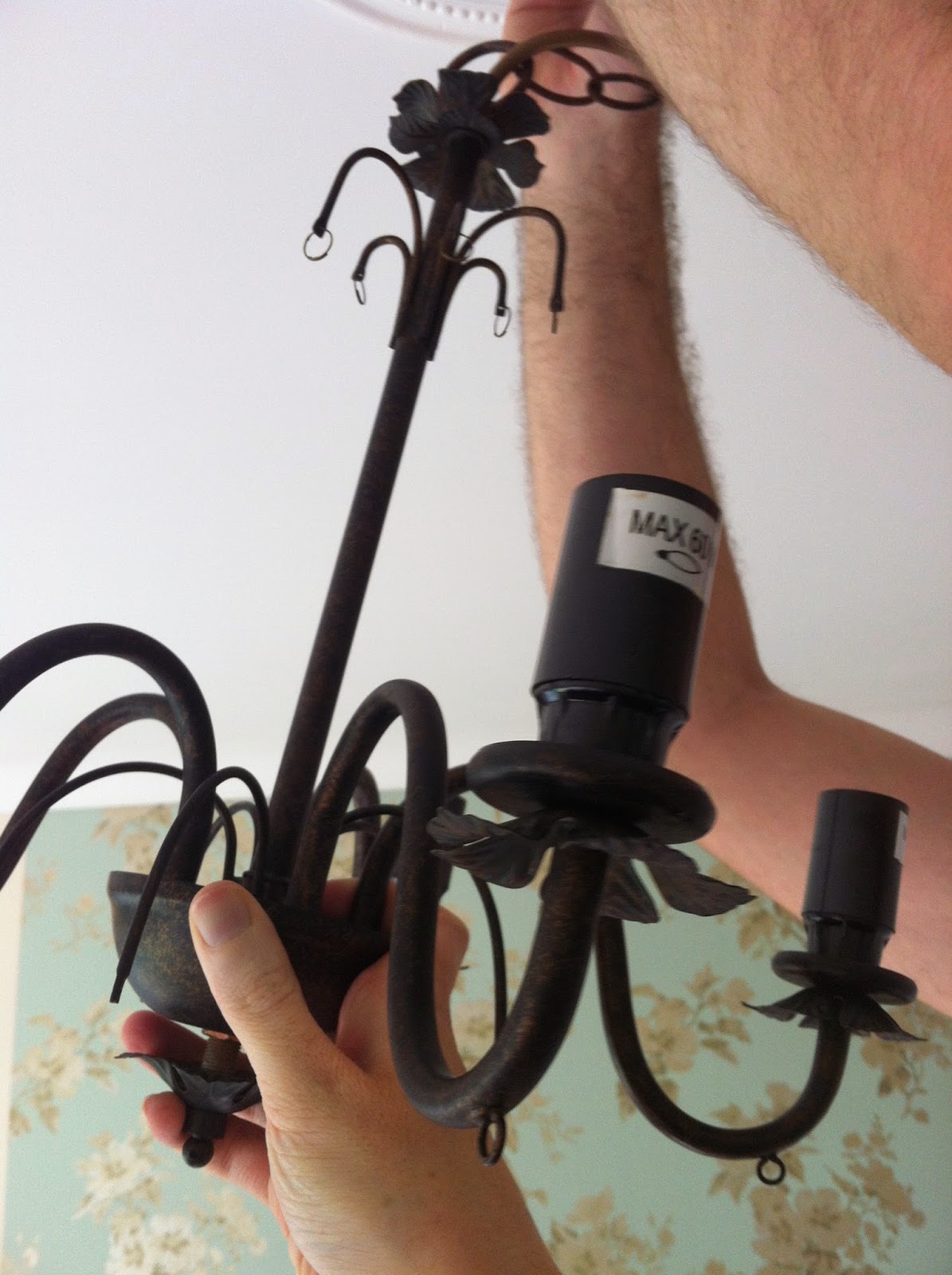 He then mended the ceiling rose and we were ready to put her back together. 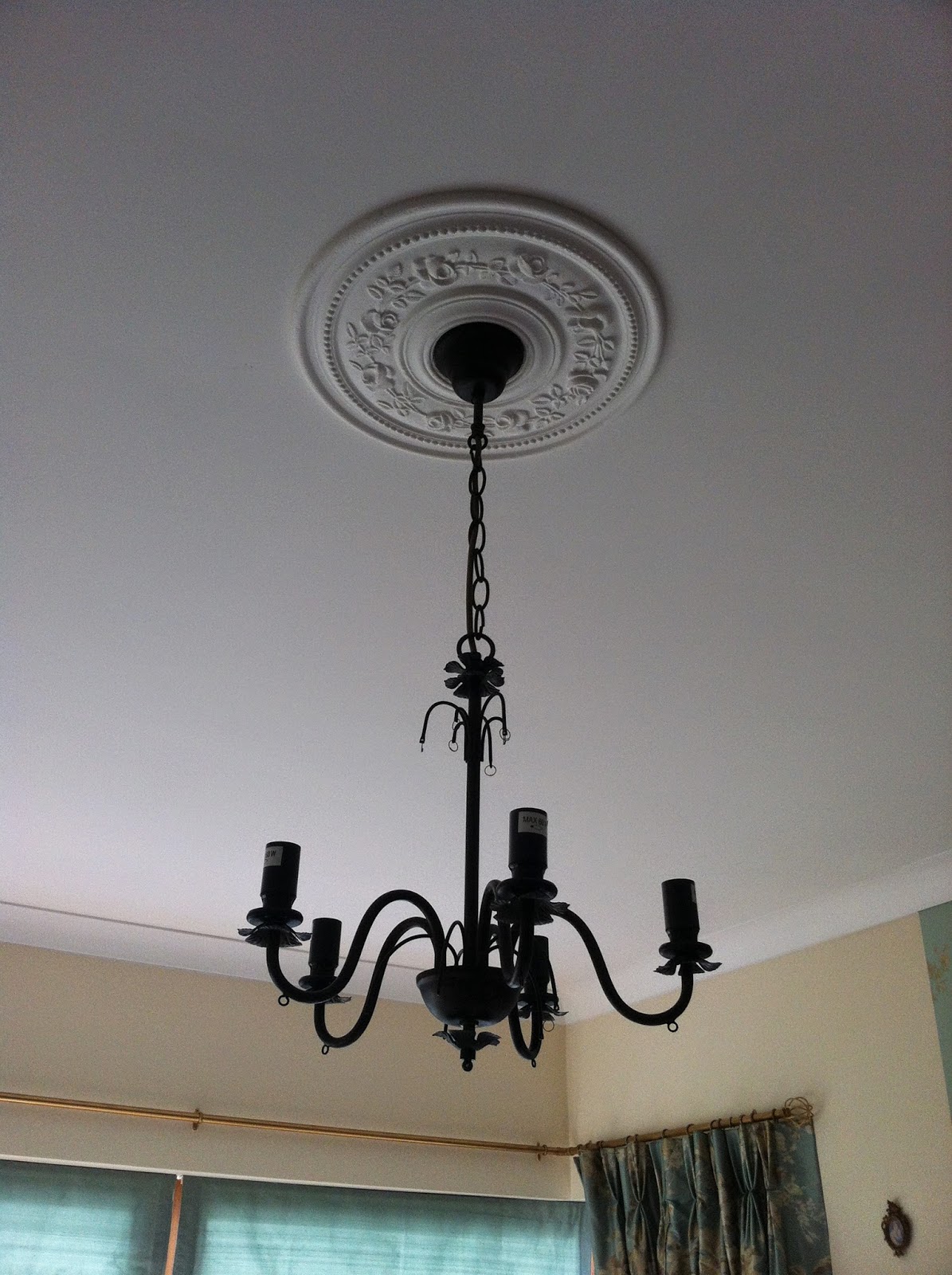 Getting all the droplets and crystals in their respective places was confusing and time consuming... and fiddly!!
It didn't help that I couldn't reach now she was up and Mr. Auburn had to take over with his giant man hands! 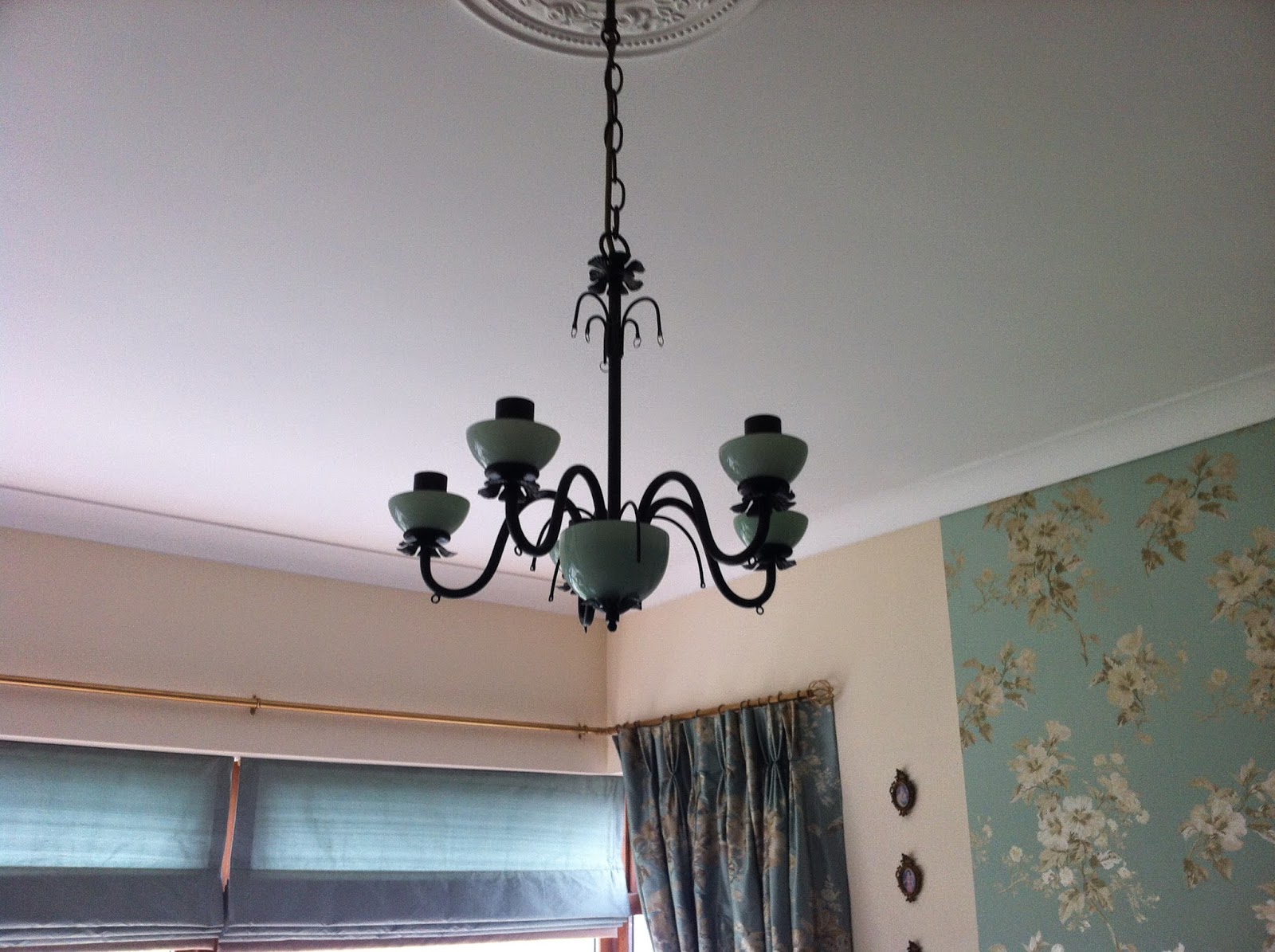 Before long she was pretty as a picture. (I'm leaving out the bit about the two missing droplets which took two weeks to replace, for everyones sake!!) 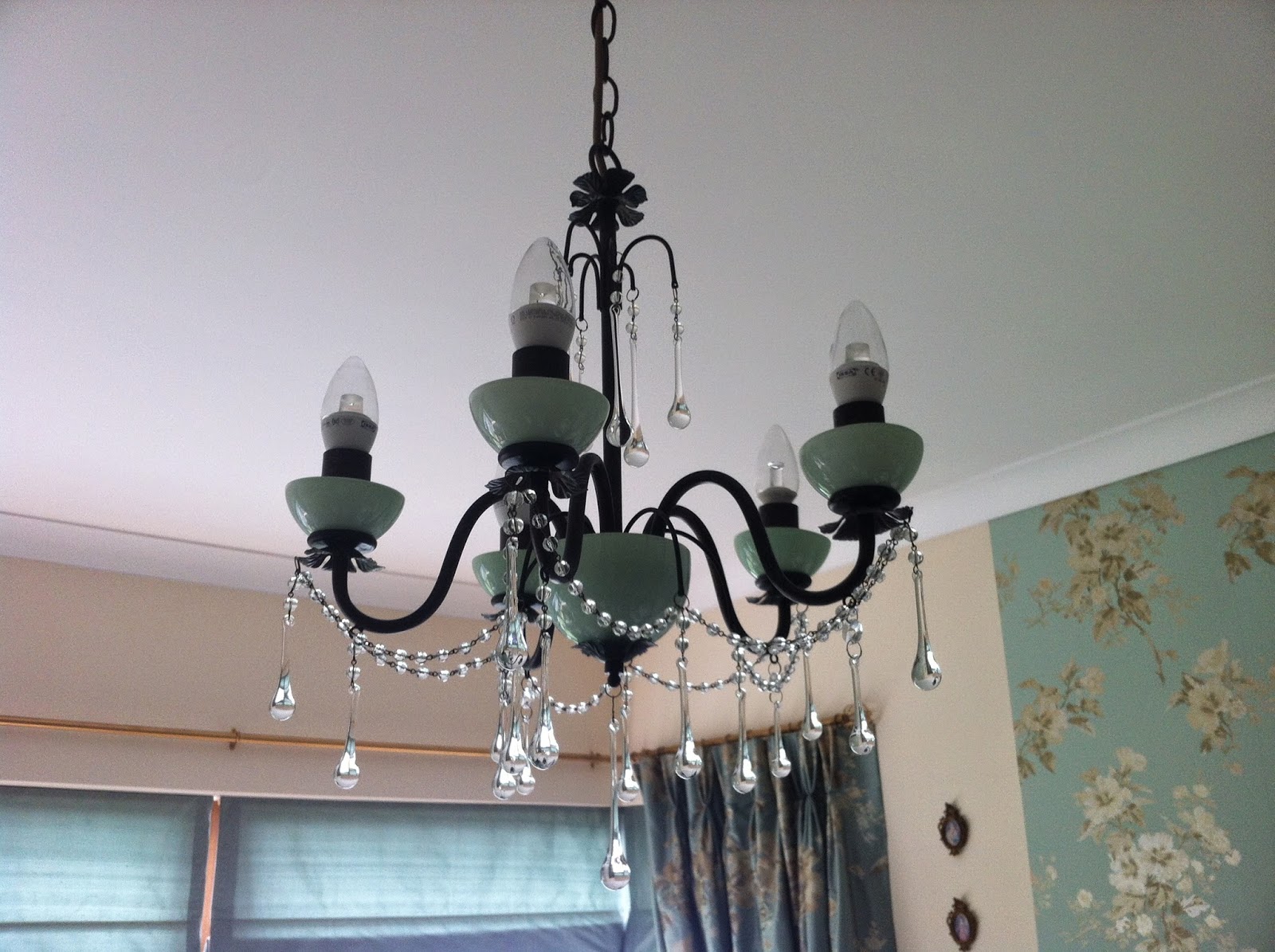 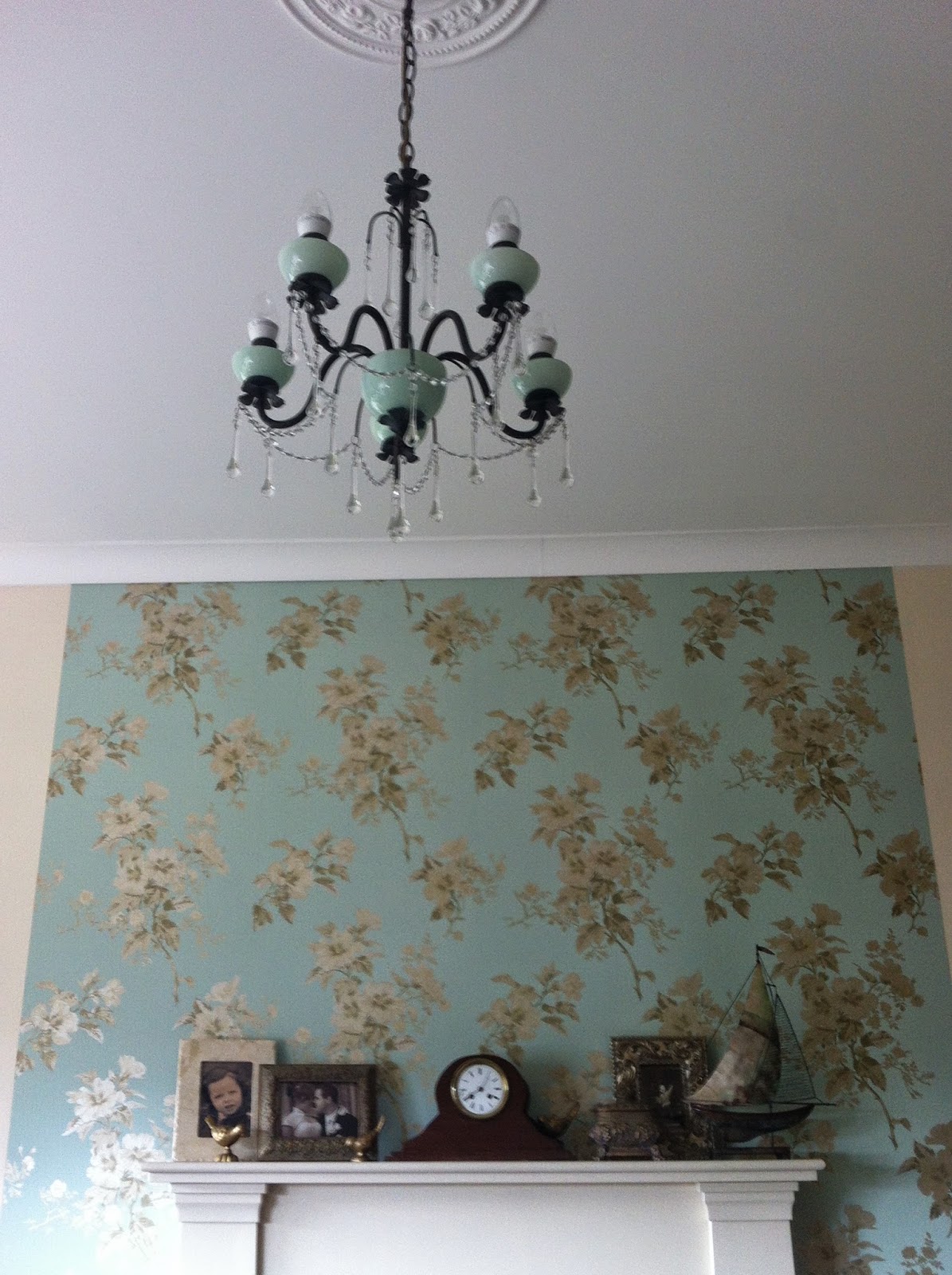 I am disappointed about the ugly Ikea bulbs which are super energy saving and will last like FOREVER!!
What I didn't realise was that they have a super ugly white entire bottom half with Ikea stamped all over!! 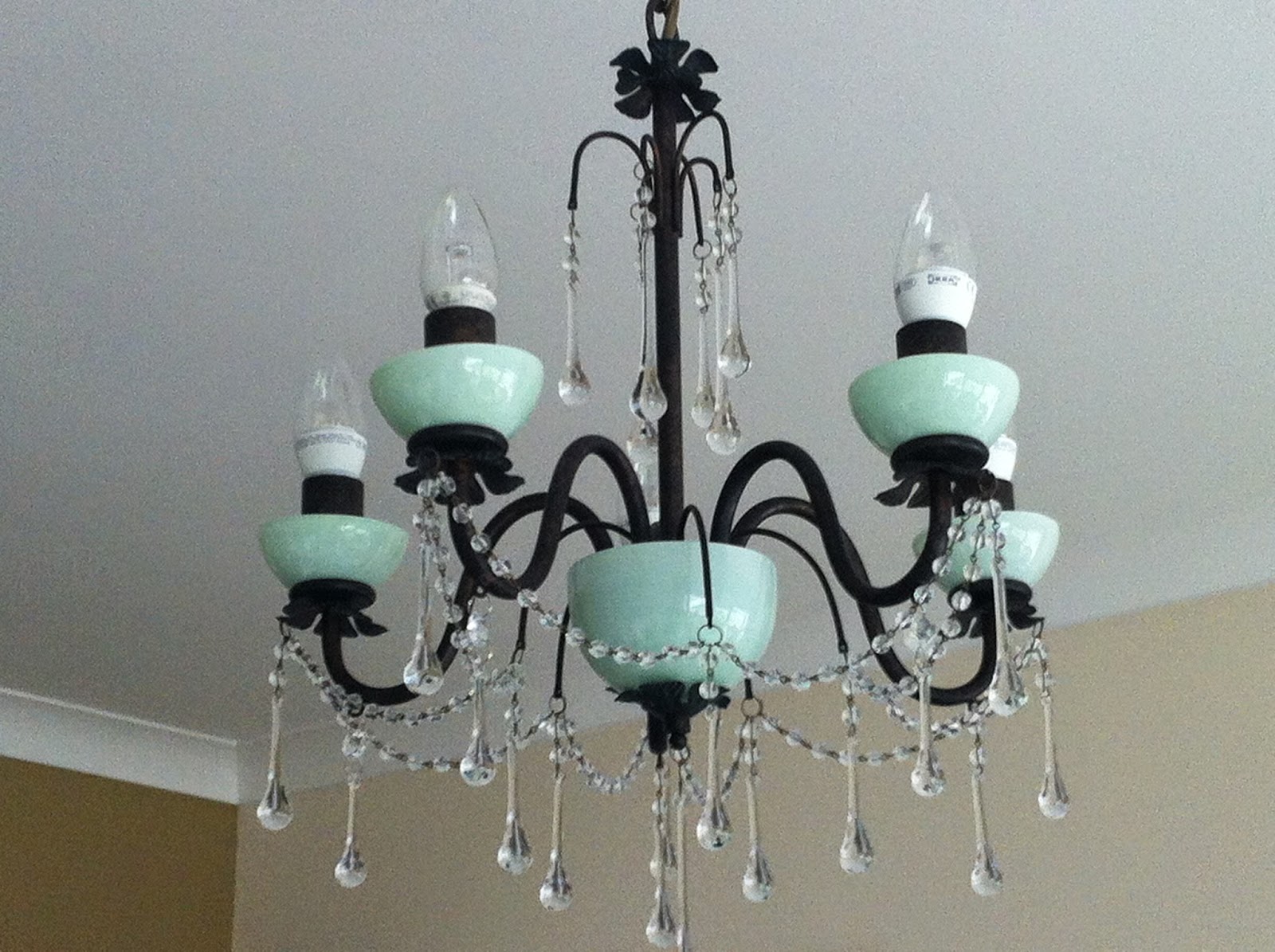 Anyway Elenor is still a thing of enormous beauty!
I hope you'll agree she fits right in in our sitting room. 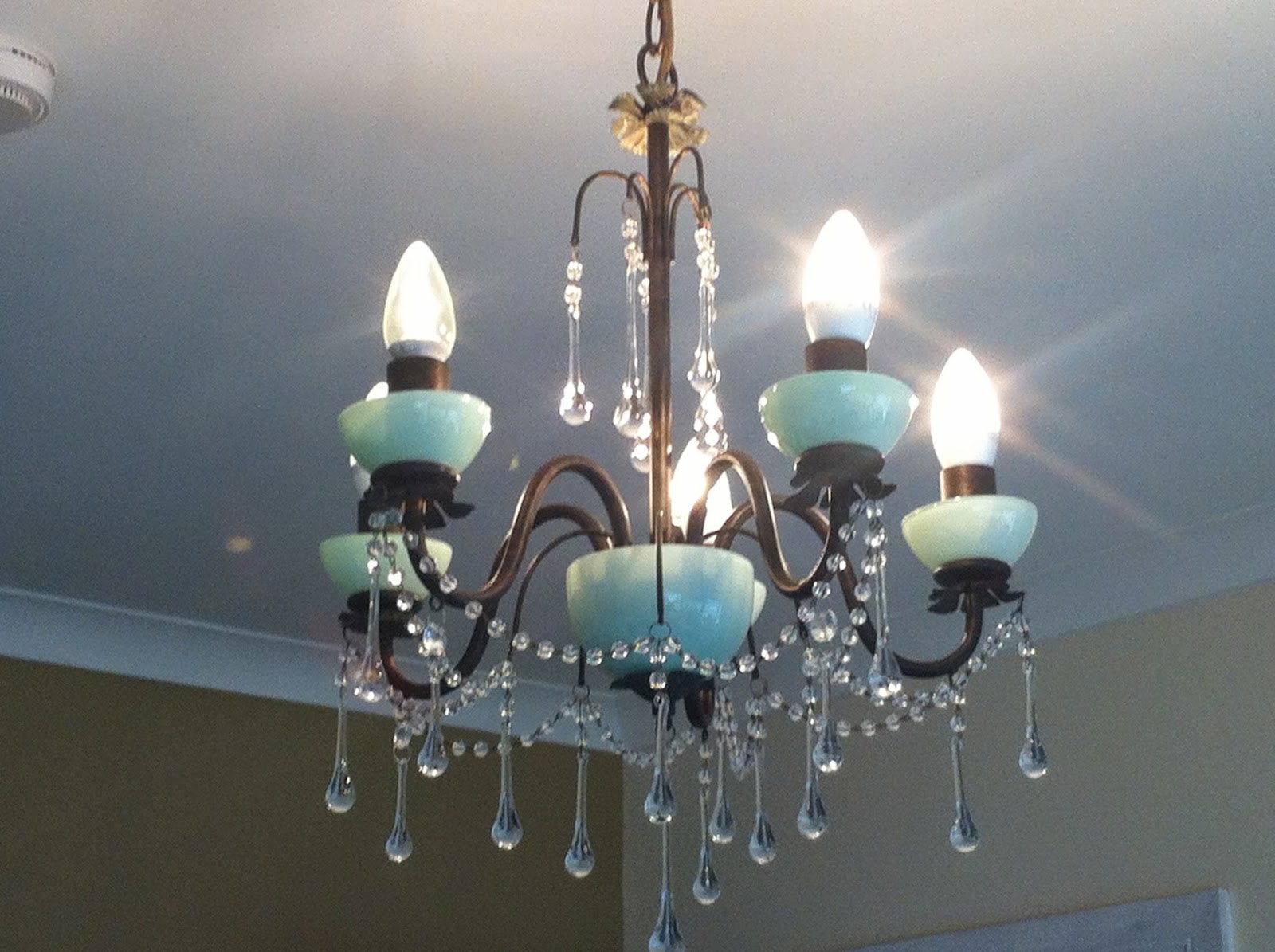