Hello again...
I haven't forgotten you all but we have been a little busy at the Auburns. With January gone I have moved into Spring mode and have many projects on the horizon. You know how it is when you finally get rid of the decorations. Yes, we finally got the loft boards down in the attic; the storage is great up there and I no longer have to worry about getting a foot wrong and ending up coming through the ceiling! 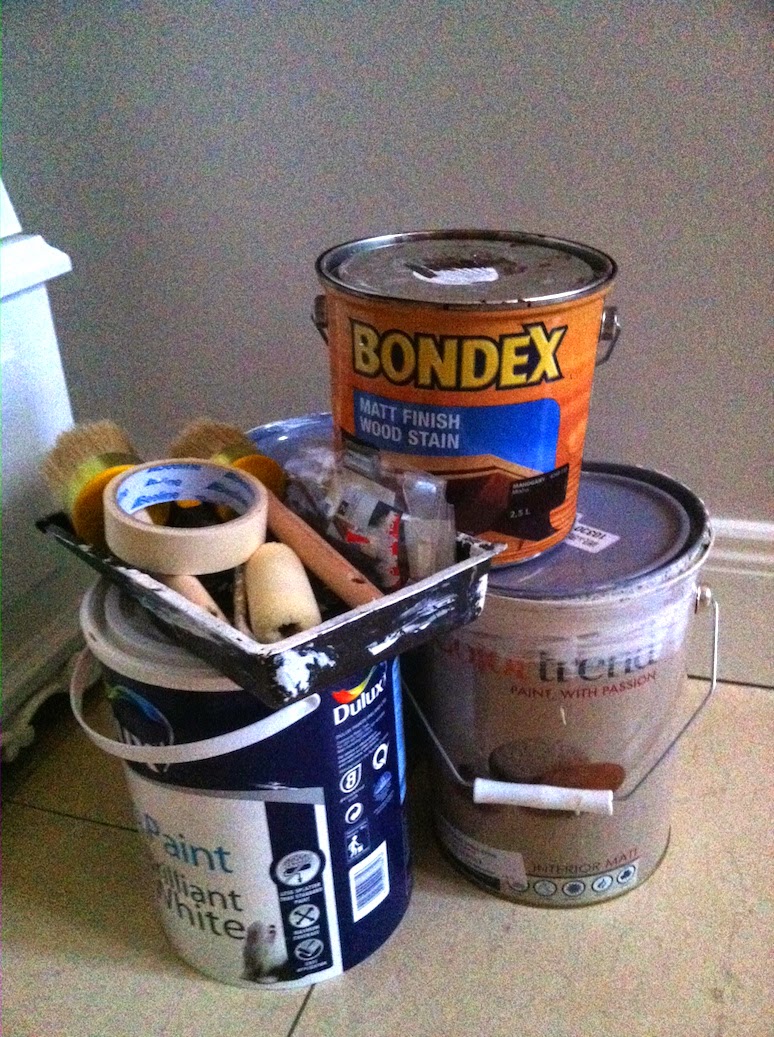 So I mentioned in this post that our first project for 2015 was the Hall-Stairs-Landing Makeover. Well the painting in now complete! It wasn't quite as bad as we expected. It did take two guys four days to complete but I did think that was good going. Thankfully no scaffold was required but there was some scary use of ladders. We used Colortrend paints. I neglected to tell you in that post that Colortrend is an Irish owned company who make their paints in Co. Kildare. I think it's on a par with Farrow and Ball. I believe it's available in the UK. It's a really nice quality paint with good coverage and it's scrubbable! They have a great range of colours but I finally settled on Patience (one of my original choices) on the walls and Almost White on the woodwork. The ceilings are Brilliant White by Dulux and Mahogany by Bondex on the handrail and newel posts.
Here's how it looks...

I'm really pleased with the colour, it looks different on each wall and at different times of the day. It's almost a pale 'greige'; not quite beige, not quite grey. I think it looks really smart against the Almost White Woodwork. The dark stain was an adjustment from the original bare wood. I had toyed with the idea of dark oak but then had to buy an extra 5litres of paint as the painters ran out so we used the mahogany I already had from this project. I'm loving it now, it's really rich looking and ties in really well with the mahogany furniture throughout the house. 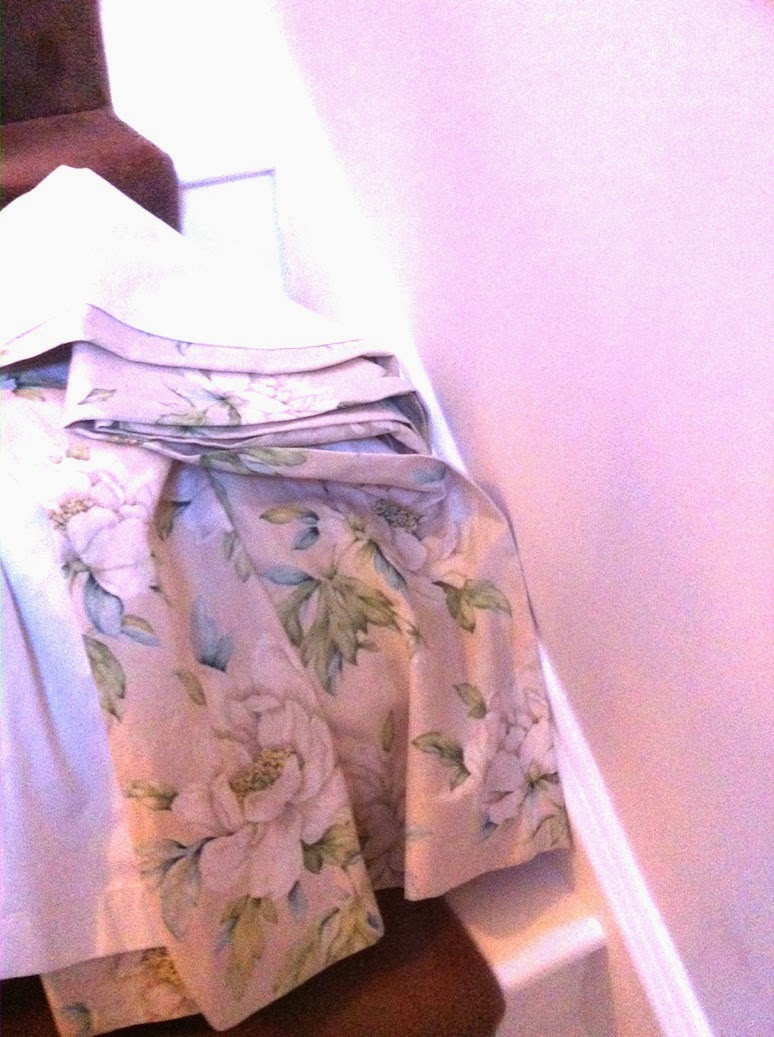 I told you I was thinking of some new doors curtains and we have chosen something that we think will add a real injection of Spring. Just a sneak peak for now though, mostly because it's the worst photo ever taken on my phone but also there is some work to be done first. It was a bargain so of course it's a work in progress! 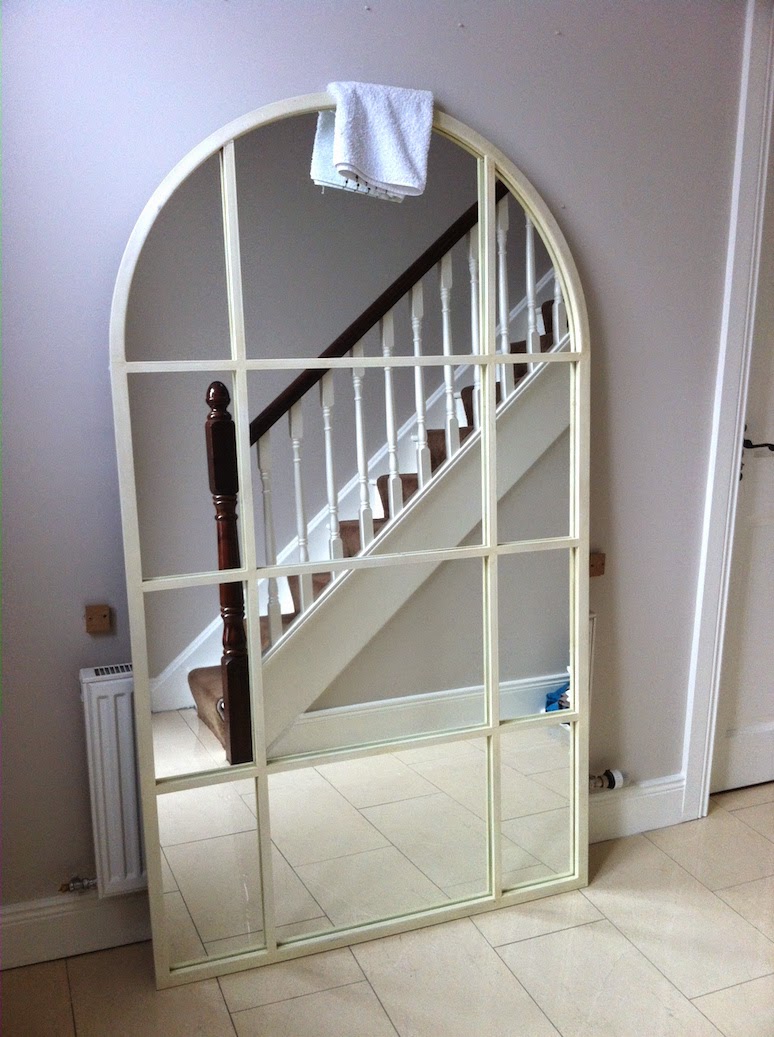 The one downside to our amazing new colour scheme is that all the really yellowy creamy pieces in this area now looked a bit dirty against the crispness of the new paint. So a lot more painting was involved, from me this time. I got my trusty can of ASCP Original out and repainted this giant mirror, a shelf of sorts, four picture frames, a rad cover and a chest of drawers!  I will reveal more at a later date. As I said now the painting is done, we're onto the fun bits, stay tuned!