The August Horse Chestnut looks relatively unchanged from last month. Maybe a few less leaves from all the wind and rain we have had here in Ireland. 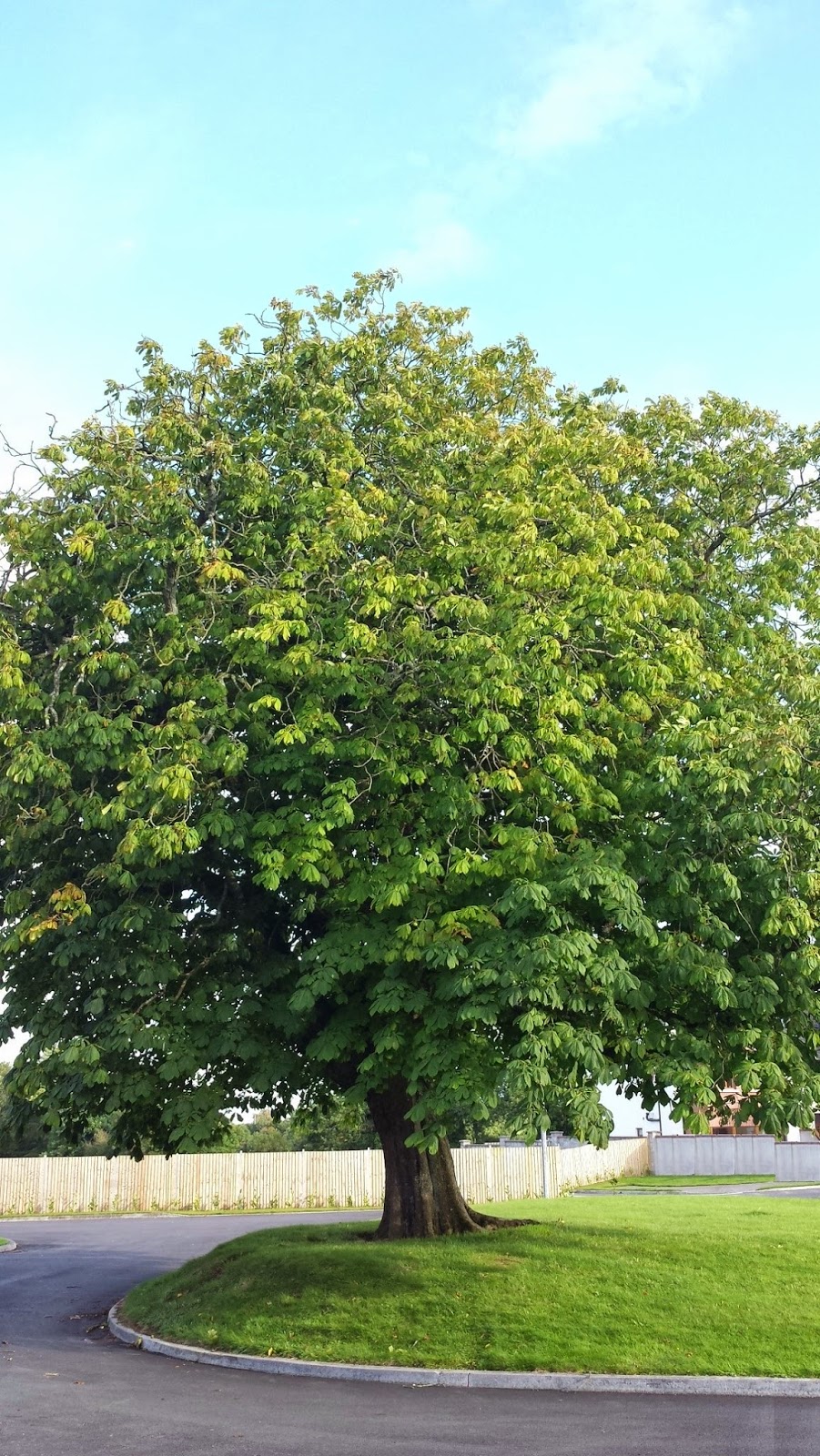 Soon all the leaves will be gone but for now I am still enjoying its rich greenness; the first sight I see when I draw the curtains each morning.
"Our chestnut tree is in full bloom.
It is covered with leaves and is even more beautiful than last year."
Anne Frank, 1944
The Horse Chestnut is popularly known as the Anne Frank Tree. From the window of the Annexe when Ann and her family were hiding from the Nazis, Ann could see a large horse chestnut tree. For her it symbolised hope...
"Nearly every morning I go to the attic to blow the stuffy air out of my lungs, from my favourite spot on the floor I look up at the blue sky and the bare chestnut tree, on whose branches little raindrops shine, appearing like silver, and at the seagulls and other birds as they glide on the wind. As long as this exists, I thought, and I may live to see it, this sunshine, the cloudless skies, while this lasts I cannot be unhappy."
Anne's tree outlived its namesake by over fifty years.
Over that period the tree developed an aggressive fungus and was weakened. In 2007, the local authorities decided that the tree needed to be cut down for safety as 42% of its wood was rotten. However, a group of supporters came together with a plan to build a support construction around the tree and take over its maintenance. Despite their best efforts, the tree was blown down in a storm in August 2010, breaking off a meter above the ground. It was thought to be 150-170 years old.

Fortunately, a few years prior to the falling of the tree, the stewards from The Anne Frank House began propagating saplings from the tree. The saplings were donated to various locations across the US including The 9/11 Memorial Park in New York and so Anne's beloved Horse Chestnut tree lives on.
The saplings are "powerful reminders of the horrors borne by hate and bigotry" and "living monuments to Anne's pursuit of peace and tolerance".
﻿
﻿
Posted by Sweet Auburn Life at 9:00 pm